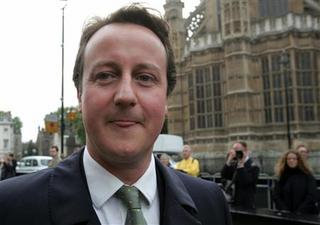 The second round of the Tory leadership contest is declared and the pundits are in full flow. But the result, although pre-ordained, is not quite what it seems.

Cameron polled 90 votes of the 198, making him the clear winner, but the result fell short of expectations – some pundits having predicting well over the hundred mark. And therein lies the story.

Should Cameron have actually reached or exceeded the magic hundred mark, the pressure on Davis – who polled 57 against his first round figure of 62 - to concede, would have been huge.

This would have led to the "coronation" of Cameron, which would have been convenient but hugely unpopular with the party, which wanted its say in the contest.

But, with Fox coming up strongly, and offering some real policies with hard teeth – not least issues which he had adopted from the Cornerstone manifesto – the Cameron team decided, it the contest was to be kept going, Fox must be neutralised. If they had to go to the party, a tired and increasingly unconvincing Davis would be the best foil.

Far from supporting their man, therefore, the Cameron team have spent the day frantically bolstering Davis, persuading "flakey" supporters to stay with him, rather than defecting to Cameron. To cement in the final choice, some of Cameron's most loyal supporters cast their vote for Davis, to shore up an otherwise collapsing vote and keep Fox out of the race, with the added advantage of keeping their man's vote below the century.

But for this back-room dealing, Cameron's vote could have reached 120 as Davis's collapsed, leaving him trailing behind Fox's 51 votes. The final contest would have been between Davis and Fox.

The Cameroons are jubilant that their ploy has worked. They now feel that their champion cannot help but shine against a demoralised Davis. He is well aware that his position in the finals is entirely due to his opponent, who has saved him from a humiliating defeat.

The game, however, is not entirely over. Although Cameron is regarded as "unstoppable", the Foxites will now be trying to pin down the elusive old-Etonian, forcing him to make policy commitments that he has to carry over into his leadership.

There are three weeks to go before the postal ballots go out – with the majority being returned within 48 hours – so there is little time to make an impact.

Whether the media take part in the game is questionable, or whether they even realise what the game is, but if they could tear themselves away from personalities and start looking at the issues, this could be the most interesting and important phase of the contest.