Are we still interested in the defence of our country? 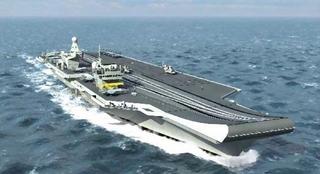 Beyond a short snippet in the Telegraph "in brief" section, and some local newspapers, there seems to be very little English coverage of what in fact the fairly major issue of yet another delay in the delivery of two aircraft carriers to the Royal Navy.

Speaking to the House of Commons Defence Committee, Lord Drayson apparently told MPs that the MoD had dropped the target day of 2012 for the delivery of the first carrier, with the second to follow by 2015. No new date could be set pending “critical” negotiations with defence contractors who were to build the ships.

Predictably, there is more coverage in the Scottish press, since some of the building work for the carriers was to go to Scotland. Hence we have the Scotsman reporting: "Thousands of jobs at risk" as a result of the delay in building the £3.5 billion carriers.

With the existing carriers, HMS Invincible, HMS Illustrious and HMS Ark Royal, which are to be withdrawn from service between 2010 and 2013, what none of the media are pointing out is that, with the running delays, there is a very real risk of the Royal Navy being without any carriers for an indeterminate period.

Nor – as one has become to expect from media which seem to have lost interest in defence issues – has the media picked up on the troubles affecting the Joint Strike Fighter, which is supposed to equip the carriers. 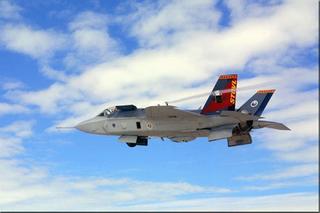 According to DefenseNews, the Pentagon's Quadrennial Defense Review (QDR) is focusing on the escalating costs of the Royal Navy short take-off vertical-landing (STOVL) version of the Joint Strike Fighter – also to be bought by the USMC - and are considering whether it should be scrapped or delayed. There is even a possibility that the numbers produced might be reduced, escalating the costs which, to the UK, are already estimated at just short of £10 billion for 150 aircraft.

The STOVL version is already two years behind the original schedule, due in part to problems overcoming weight issues, and will only come on stream in 2014, which might explain why the MoD is prepared to accept slippage in the carrier-building programme.

As yet unresolved though is the vexed problem of technology transfer, with the US still refusing to pass over key aspects of JSF technology to the British, owing to concerns about "leakage" via her European partners to China. That, in itself, may further delay the programme and may even cause the UK to pull out of it altogether.

As it stands, however, commentators are suggesting that the delays are welcome to a hard-pressed Treasury, already having difficulty in funding the existing procurement programme – not least because of the extravagant sums spent on European equipment. The lack of response of the media, however, makes one wonder whether, as a nation, we are still interested in the defence of our country.