Will the French and the Germans go for a harmonized tax base? 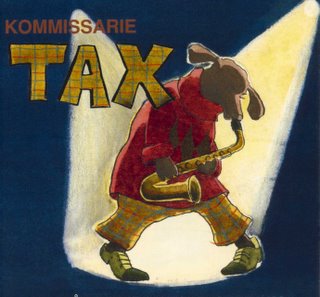 The Hungarian Tax Commissar’s statement on Wednesday about the Commission’s intention to harmonize tax bases, if necessary through enhanced co-operation, has engendered some commentary.

Not a lot, though. After all, the idea is not new and he is not talking about tax rates. Indeed, he specifically said that tax rates must remain in the control of member states. Few people can get excited about tax bases.

Yesterday’s Wall Street Journal Europe (the only newspaper that went tabloid in format without going tabloid in content but available on the net only on subscription) summed the issue up:

“But tax matters fall under national sovereignty and harmonization would require unanimity among governments. Because that’s unattainable, France and Germany turned to the second-best option, supporting the Commission’s call for harmonizing tax bases.

This would also require unanimity but because it’s a much more reasonable proposal, it might be easier to sell. Giving companies with pan-European operations the option to use one set of standards for calculating their taxable profits would reduce their administrative costs – a desirable goal that has the support of many business groups.”

Not, you notice, of businesses but of business groups and no mention of the problems it will cause to companies who do not have pan-European operations. Also, we have not heard from the accountants yet, who will, before they can charge their clients exorbitant sums, spend equally exorbitant sums, retraining their staff. They may not be happy.

The article goes on:

“The problem is that it might set a dangerous legal precedent for eventually harmonizing tax rates as well, even without requiring unanimity. That’s most likely the real reason why France and Germany support this idea and certainly why countries rightly wary of further encroachment by Brussels on their sovereign rights reject it. Among them: the UK, Ireland and new members like Estonia and Slovakia.”

Apart from the rather quaint notion that there are all that many sovereign rights left to member states, the paragraph is a fair summary of the objections.

The WSJE, however, noted one interesting aspect of the proposal that seems to have been ignored by other commentators:

“But the really clever part of the Commissioner’s new inititative was to spell out what kind of tx base he had in mind. Mr Kovács said the Commission was likely to model its proposal on the Slovak corporate system, which introduced a flat tax last year. Their corporate profit base knows no exception, no exemptions or special regimes, he said.”

Ooops. That may not be at all what France and Germany had in mind. A flat tax regime introduced through the back door? Will they still support the idea when they work out the implications?

The WSJE appears to be delighted with the Commissar’s cunning.

“You’d expect a former politburo member who managed a seamless political transition to post-Communist Hungary – even becoming his country’s European Commissioner - to be clever.”

Well, you might. I am not convinced that is completely predictable. Of course, being Hungarian, Commissar Kovács is not, one assumes, unacquainted with revolving doors.

Still, the next steps in the tax harmonization game will be interesting to watch.