I see no ships 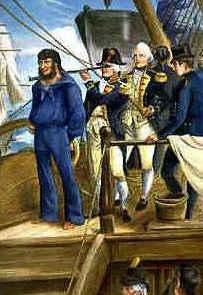 In what should be a major issue for The Daily Telegraph, highlighted by us yesterday, it is left to Mike Critchley, of Warship World magazine, Liskeard, Cornwall, in a letter to the paper, to make the obvious and necessary points:

Sir - Now that ministers have come clean and announced what was so obvious - that Britain will not get her first new aircraft carrier in 2012 - can we urgently ask that a halt now be made to the continuing downsizing of the fleet to pay for them?

The promise has been made every time another ship is paid off - often well before the end of its useful operational life. "Jam tomorrow, chaps," is the cry. But these new ships aren't going to happen for many a year - if at all.

We do not live in a more stable world. Sorry, Mr Brown, you will just have to be persuaded that we must pay up. This is a matter of paying the insurance premium for the cover we as a nation undoubtedly need. We continue to be an island, importing over 90 per cent of our raw materials by sea.

Dare I ask about the promised reduction in Civil Service numbers at the Ministry of Defence while ministers and senior officers see the fleet at sea continue to shrink below safe limits?

This is clearly a man who knows what he is talking about, airing the concerns of many, his crie de coeur being that the fleet is continuing to "shrink below safe limits". That is important but, for the Telegraph, clearly not as important as "Murray in tears as he beats Henman", which graces the front page, complete with photograph.

If there is a definition of a decadent society, in the latter stages of decay, that is probably it.