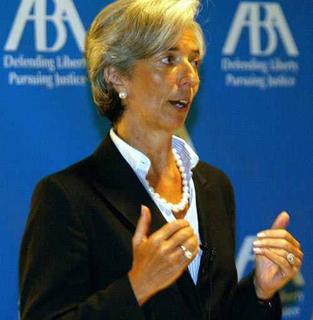 It all seemed like such a good idea at the time. In a carefully choreographed move yesterday, Washington and Brussels launched an attempt to revitalise stalled WTO negotiations, announcing subsidy cuts for farmers in the United States and the European Union.

According to The Guardian, US trade representative, Robert Portman, led the way with an offer to cut want the paper called “the most trade-distorting American farm support” by 60 percent by 2013, provided Europe responded with its own 80 percent reduction.

The much-rested Peter Mandelson then responded by calling the US offer "constructive” and announced a plan to cut EU agricultural subsidies by 70 percent and to set a ceiling of 10 percent for industrial tariffs.

Trebles all round and much jollification – apart from Oxfam, which immediately started peering deep into the horse’s mouth - as this was seen as the breakthrough that would allow progress to be made in the other areas covered by the Doha round of negotiations launched almost four years ago. But that was to reckon without the utterly loathsome French.

By the afternoon, according to Reuters, French trade minister Christine Lagarde (above) was accusing Mandelson of going too far, complaining that he had not consulted EU member states enough beforehand.

With hauteur characteristic of the breed, she sniffed: "The points on which I think Commissioner Mandelson went beyond the conditions and principles of his mandate, and his obligation on transparency with member states, concern in particular the positions he took on agriculture," adding, "We need to remind the commissioner of the red line of his mandate."

We have said it before, and we'll say it again. The French political breed is utterly loathsome. The case for cutting subsidies and opening our markets to the developing world is unarguable and, for want of concessions by the developed states, hundreds of thousands if not millions of people die each year. But does that worry that shoddy crew in Paris? Does it heck. They really, really are loathsome.