Nobody seems to have noticed 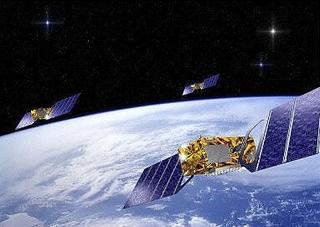 Ever since early September, we have been reporting on how the EU's prestigious Galileo satellite navigation system seems to be running into the sand, with member states unwilling to fund extra development costs, sprung on them at the last minute.

The issue re-emerged at the end of September, again in early October and once more last week.

Yet, throughout this period, never one have we seen any reports of the travails of what is, in fact, the largest single project ever handled by the European Union, and one on which the Commission is staking a great deal of political capital.

Now, there is a further development, with the Commission yesterday announcing that former EU commissioner Karel Van Miert has been appointed mediator to "accelerate" – i.e., rescue – the programme.

True to form, not a mention of this startling development has reached the mainstream media. The only mention we can find is confined to the online Chinese news agency Xinhuanet.

Yet what is so remarkable about the appointment is that it provides confirmation that the project is in serious trouble, as the very issues which Van Miert has been set on to deal with should have been settled by now.

Van Miert's "mission" is to act as mediator between EU member states and industry in order, says the Commission, to facilitate decisions on the Galileo program. Only hinting at the underlying turmoil, it acknowledges that, over the past few weeks, some decisions at industrial level have been delayed "for various reasons".

Now, Jacques "Wheel" Barrot, the transport commissioner, has intervened to make the appointment, declaring, "Galileo is a project that only a united Europe can accomplish. A divided Europe can only endanger the success of the project," adding: "We want to see urgent progress…".

Finishing off with a call to "all those concerned", Barrot pleads with member states, agencies and industry, "to lend their help and support to Karel Van Miert so that he can successfully accomplish his mission as quickly as possible."

They are really in trouble – and nobody seems to have noticed.