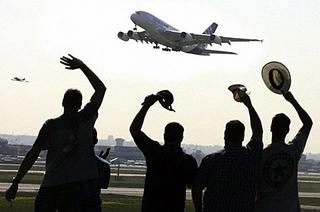 A disturbing story, run in the LA Times on 27 September, now emerges in The Daily Telegraph's alternative newspaper - its business section – with Ambrose Evans-Pritchard reporting on "the storm surrounding an aerospace engineer who raised safety fears on the A380".

This is Airbus Industries' new "Super Jumbo", launched with such hubris in January, with the now deposed Chancellor Schröder crowing that, "There is the tradition of good old Europe that has made this possible".

Now, it seems that "good old Europe" is resorting to another of its traditions, that of suppressing information from whistleblowers and then attacking them personally.

This whistleblower is Joseph Mangan, an American aerospace engineer who worked for the Austrian firm TTTech Computertechnik, developing components for the A-380.

While working for TTTech, he claims to have discovered a defect in the microchip controlling the outflow valves for the cabin pressurisation system, which could lead to an abrupt loss of cabin pressure, leaving passengers unconscious in as little as 20 seconds (and dead shortly thereafter).

Furthermore, he discovered that his firm was deliberately taking short-cuts, claiming the chip was a commercial "off-the-shelf" product, to avoid the expensive testing involved with a newly developed product, alleging that TTTech had conspired to "keep certain information secret from the certifying authorities".

Magnan was asked to sign-off false test results and, when he refused, TTTech went ahead with the product anyway. Concerned that human lives could be in danger, Magnan warned Airbus about the defect, thence to suffer a now familiar routine. Within days of reporting the abuse he was sacked and his former employer filed both a civil and criminal defamation suit - possible under Austrian law - securing a gag order on all details regarding the case.

Mangan refused to remain silent as this prevented him even talking to safety officials about a threat to safety. "This violates my duty to the public. People could die on that plane if they don't fix the problem," he said. He now even runs his own blog.

He was supported by Rüdiger Haas, a professor of aircraft manufacture at Karlsrühe University, who told Germany's ARD television that he "shared the reservations of Mangan" over the safety of the outflow valve controls. "The system markedly deviates from previous specifications in aircraft construction."

Nevertheless, Airbus comprehensively rubbished his claims, a spokesman claiming that: "We have examined this internally and found absolutely no reason to be concerned."

The Austrian court has now fined Mangan £100,000 for breaching its gag order. Unable to pay, he has been made bankrupt and is waiting to hear whether he will be sent to prison for a year. In the meantime, he and his wife and three children are surviving on gifts of food from fellow Baptists in Vienna.

However, a probe - conducted by the French authorities for EASA - allegedly found that TTTech was "not in conformity" with safety rules and had failed to carry out the proper tests. The key microchip was deemed "not acceptable". EASA instructed Airbus to sort out the problem before the final certification of the A380 next year. It is unclear whether this has now been done. 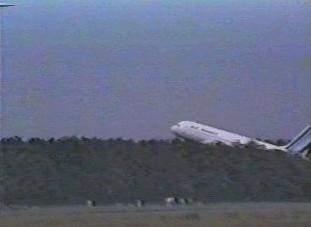 Such faults are especially critical in modern aircraft as computer systems control all flight controls and safety-critical systems, and their failure can be dramatic. In 1988, an Air France Airbus A-320 crashed into the ground during a demonstration at an airshow at Habsheim in France (right), after the autopilot refused to allow the pilot to pull up, judging it to an "unsafe manoeuvre".

Now, with the A-380 venture already £850 million over budget and six months behind schedule, pressure is intensifying on Airbus to deliver the goods. Yet, according to Mangan, it would have taken two years to carry out the proper certification of the microchip sold to Airbus. No wonder they seem so keen to cut corners.

Despite this, concludes, Ambrose, Airbus is clearly confident that the A380 is safe. It will now have to convince prospective buyers, he writes. But the all too predictable treatment of yet another whistleblower does not exactly inspire confidence.