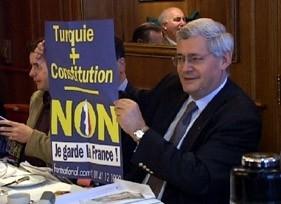 Bringing into sharp focus the enormous difference between UK and continental politics, an interesting story is emerging over the fate of a French MEP which has the EU parliament struggling with its own rules.

The MEP in question is Bruno Gollnisch, a senior member of Le Pen's National Front party, who, according to the European Jewish Press, has been charged by police in France over his comments at a press conference on 11 October last year, which allegedly breached laws against calling into question crimes against humanity.

His "offence" concerned the vexed and still sensitive issue of the Holocaust, with Gollnisch having told his audience at a meeting in Lyon that he did "not deny the existence of deadly gas chambers," then adding: "But I'm not a specialist on this issue, and I think we have to let the historians debate it."

He did not dispute the "hundreds of thousands, the millions of deaths" during the Holocaust, but declared: "As to the way those people died, a debate should take place."

This has got the EU parliament – the very embodiment of political correctness – in a complete tiz, with the judicial affairs committee split on whether to maintain Gollnisch's immunity from prosecution, or whether to throw him to the wolves.

So far, the committee has postponed a crucial vote for a second time, unable to reconcile their desire to ditch Gollnisch with breaking with important precedents by waiving that immunity, especially when the case against him may be politically motivated.

Then French justice minister Dominique Perben, who intends to run against Gollnisch in 2007 municipal elections, was the man who ordered police in Lyon to launch an inquiry into the comments four days after they were made. The police found Gollnisch had no case to answer but Perben insisted charges be laid. His trial was scheduled for last month but was pushed back until 29 November so that parliament could rule on his immunity. 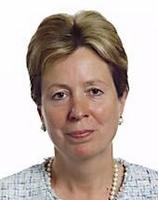 The committee will now will rule during the next session in Strasbourg in late October, or mid-November. But what now makes the issue especially bizarre is the intervention of the Lib-Dim Diana Wallis, MEP for Yorkshire and Humberside, a qualified solicitor specialising in European law.

Apparently, the committee was about to rule in Gollnisch's favour when Wallis, who is president of the committee, presented new arguments against Gollnisch, leading to complaints that she had succumbed to outside pressure. Wallis denies the accusations but she has argued that the remarks appeared to have been made "in the context of the political activities of Mr Gollnisch in France and not in connection with his activities as a member of the European Parliament."

So, we have a British politician, supposedly representing her Yorkshire constituents and costing us £1.2 million a year, arguing over abstract points of community law in relation to a French politician who has been accused by a political rival of committing an offence which, in Britain is not even against the law and which, according to the police was not even committed.

Welcome to the brave new world of the European Union.