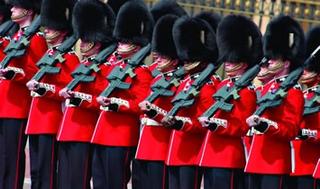 The Times today publishes a broadside from Colonel Tim Collins, the author of the inspirational speech to his troops on the eve of the invasion of Iraq.

The paper takes as its theme, "Generals who have never fought are crippling Army, says Colonel," recording comments made by Collins that "high-ranking officers who had never seen action were damaging the Army’s fighting abilities."

He described such officers as "civilian soldiers" and said that they were very able at thriving on internal Whitehall politics and encouraging inertia, but made poor frontline generals.

But Colonel Collins reserves as much invective for the proposed scrapping of the Army’s regimental system — in favour of a European-style force in which soldiers switch between large super-regiments. He sees it as "a form of cost-cutting that would have a blood price."

The traditional system, he argues, was tried and tested and shown to be extremely effective. Soldiers took pride in their regiments and fought for them, whereas he feared that the new organisation would never manage to win such loyalty or fighting spirit.

All this looks fine on paper, as a polemic, but while some of his comments ring true, much of what Collins is saying is utter tosh – not least his prediction of the "first great defeat of the British Army" – er… what about Norway, Dunkirk, Crete, Singapore, and even Arnhem?

Collins is undoubtedly right about "careerist" generals but, on the more substantive issues, his defence of the regimental system is touching but ill-focused. There is nothing especially magic about the traditional regiments: two of the elite forces in Britain do not rely on the traditional system – the Royal Marine Commandos and the Parachute Regiment, both formed during the Second World War.

And while the system might be "tried and tested", it has also failed. It might have served for the Napoleonic wars, with the infantry squares facing up to the French cavalry, but in modern, mechanised warfare, fighting units are composites of tanks, mobile artillery, mounted infantry and support arms. They need to fight as a single, organic formation and, too often, discrete infantry regiments grafted on to armoured units to form ad-hoc armoured divisions have performed poorly in battle.

Not for nothing, therefore, when the Germans pioneered their blitzkrieg system, did they chose the division as the core unit, a choice also made by the US Army, neither of which were lacking in fighting spirit during the Second World War. 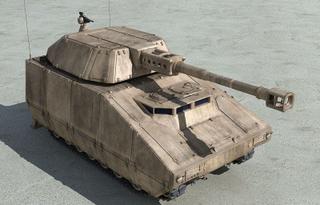 But where Collins makes his biggest mistake is in assuming that these new "super regiments" are based on a European model. They are not. They are, in fact, being set up to accommodate the forthcoming Future Rapid Effects System (FRES), the genesis of which actually reflects American thinking.

In this system, the core unit is no longer the division but the smaller brigade, a fully integrated force with its own weapons systems and support. Infantry will fight from and with vehicles which have the firepower of a main battle tank, and command their own guns(above)and weapons systems which have greater power and lethality than a whole regiment of WWII artillery.

In these units, the distinction between the various arms and the infantry becomes so blurred that it is no longer appropriate to have, for our spearhead units, dedicated infantry regiments which are grafted on to formations to fulfil particular tasks. With or without "Europe", therefore, these changes would have had to have happened, as long as we are reconfiguring the Army to take on the expeditionary role for which it is destined.

Where the European dimension comes in, however, is with the equipment and the detailed structure of these new units. While the broad strategic thinking might be American, the new equipment being bought is largely of European origin – purchased to enable our forces to mesh with and become an integral part of the European Rapid Reaction Force.

The reliance European equipment will make the actions of British Forces dependent on her EU partners’ consent, potentially preventing the UK from operating independently or alongside the US. It would be irreversibly committed to operating within a framework defined by European Union interests.

This danger Collins has completely missed but, tomorrow, it is spelt out in detail in my paper published by the Centre for Policy Studies, with a foreword by Major-General Julian Thompson, land forces commander during the Falklands War. I will post General Thompson's comments tomorrow.