An expensive bunch of amateurs 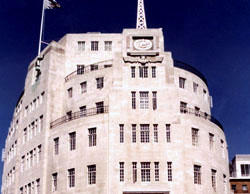 Despite the coverage of the Conservative Party leadership contest on BBC News 24 last night being almost unbelievably amateurish, one would have to concede that its vacuity matched the comment in The Daily Telegraph from Matthew d'Ancona and Andrew Marr – the latter so bad that even Mrs EU Referendum, who is somewhat less "political" than this writer, has noticed.

The difference, of course, is that one can chose to buy The Daily Telegraph and, if one does not – a proposition that gets more attractive by the day – there is no charge. The BBC, on the other hand, gets its pot of gold – on pain of imprisoning non-paying television owners – regardless of whether they watch its increasingly dire programming.

What troubles is that the BBC – as well as the other media – seem to have not the remotest idea of what is going on but, as was pointed out recently on this Blog, the first round of the contest is not about electing a leader but getting rid of one of the candidates.

Currently, the target of a sizeable number of MPs is Ken Clarke, the aim being to humiliate him by ensuring his elimination in this first round and hence neutralising him as a serious player in Conservative Party politics. This, they will do by backing Fox. With the bulk of Cornerstone Group members pitching in behind the shadow foreign secretary, that gives Fox potentially 30 or more votes, enough on present counting, to ditch Clarke

So said, in the hustings meeting last night at the 92 Committee, Fox apparently did quite well, answering coherently the question of what he would do if he sought repatriation of powers from the EU and the "colleagues" refused. Davis, apparently, took the view that he could negotiate an agreement, while – from all accounts – Cameron gave the impression of not understanding the question, offering a diet of extruded verbal material by way of an answer, which impressed no one.

Anyhow, none of this percolated the brains of the BBC hacks who, as the papers told us yesterday, are looking forward to a hike in their cornucopia of riches by increasing the license fee to £200.

This was picked upon by Conservative MP John Whittingdale (right), now chairman of the Commons culture, media and sports committee. And, if there was ever a reason for voting Conservative, it is he – a quiet, unassuming man but with an enormous fount of experience of the ways of the BBC, and totally "on-side" when it comes to cutting back this bloated monster.

Quoting the former head of Channel 4, Whittingdale noted that someone had once said that the current license fee had resulted in the BBC swimming in a Jacuzzi of public cash. Of the current demands, he observed, these "would result in a BBC with a swimming pool of cash", creating a BBC that was even more powerful and "an even fatter cuckoo in the nest".

An example of just how careless this ghastly institution is with our money is recounted on the Stephen Pollard blog and there is a spirited discussion going on over at Biased BBC, with some useful links.

Perhaps the last word, though, should go to a retired journalist, published in the letters column of the Telegraph. "Jail is better than paying the BBC license" he writes, remarking on the "truly astonishing state of affairs" where "even Chinese state television gives a more balance picture of the Middle East and America than the corporation."

In the next few weeks, we will hear a great deal of excited talk from BBC hacks and hackettes about the failings of the Conservative Party, but, even in my wildest dreams, I could not imagine a more amateur, Fred Carno operation than the organisation that will be doing the reporting – a bunch that is about to get a whole lot more expensive.