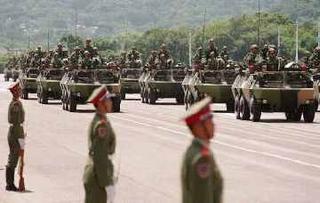 One of the puzzles of contemporary international politics is how China is managing to finance an increasing military establishment and also a major re-equipment and modernisation programme on such a small defence budget.

However, according the London-based International Institute of Strategic Studies, it isn't. Actual Chinese military spending is more than double the level the country admits to publicly and is growing rapidly.

This is the Institute’s conclusion in its yearly assessment of global military power, estimating that China spent $62.5bn on defence last year, compared with the government's official figure of $25bn.

The report follows warnings by Donald Rumsfeld, US defence secretary, in China last week that the US and other countries are concerned about a perceived lack of transparency surrounding the Chinese military budget.

The IISS has not yet calculated what it believes Chinese military spending will be this year, but the Pentagon estimates that it could be as much as $90bn, three times the official Chinese defence budget of $30.2bn.

The IISS assessment included fundamental parts of defence budgets such as research and development, weapons procurement, military pensions and some nuclear costs. It estimates the Chinese defence budget had grown about 10 per cent in each of the past 10 years.

Tim Huxley, senior fellow for Asia-Pacific security at the IISS, says: "It has become more and more apparent that the official figures do not reflect reality, especially if you look at capabilities the Chinese are developing such as long-range missiles, rapid global deployment and Russian combat aircraft." "There is no way you could pay for a fraction of this if the official figures were accurate," he adds.

And I bet the figures do not include the expenditure on Galileo.