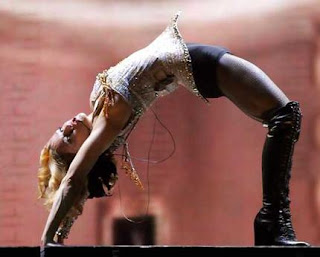 "Like it or not, professional political life is for intellectuals now: it is a battle of ideas," writes Janet Daley in today's Telegraph op-ed.

If ever there was a statement of the bleedin' obvious, that is it. Politics has always been a battle of ideas – that is, essentially, the very nature of politics. And it is when the politicians retreat from articulating their ideas, and rely on the woolly comfort zone of focus groups, that politics atrophy,

Anyhow, Daley seems to think that Gordon Brown is a man of ideas – even if she does not agree with any of them – and thus gets the feeling that she could engage in genuine debate with him. "Where there are ideas and convictions there is also the tacit presence of their opposites: the possibility of persuasion, of reaching different conclusions," she writes.

On the other hand, she says, "there is no arguing with Tory politicians who greet an idea or a policy proposal with the flat assertion, 'No, we can't say that. It would make us look too Right-wing (or backward looking, or nasty).'" And, it is a fatal mistake, she adds:

…to think that this elevation of appearances over arguments is only a sore point with rather cerebral commentators. Real people out there in the country notice it. They sense the absence, not only of conviction in the emotive sense, but of persuasive disputation: of reasoned justification for why they should accept the Conservative analysis of their problems.

There, Daley does have a real point. Looking to the issue of most concern to this blog, one can ask whether the Tories (or, at least, the Party hierarchy) is opposing the EU treaty and demanding a referendum out of conviction or simply, as Matthew d'Ancona asserts, because there is political advantage in so doing.

In a sense, that does not really matter, as long as the Tories are opposing the treaty – better they oppose than support it. But it does make a difference in how they go about the task, as to whether they are committed to winning the argument or see it merely as a means of scoring political brownie points, and are indifferent as to the outcome.

So far, the indications are of the latter, hence Blair's all too accurate jibe that Cameron is simply "going through the motions" – an attitude which seems to be shared by the rest of his team.

It is this which explains the lack of engagement by the likes of Hague who offers just enough of an argument against the treaty to satisfy the faithful, but no real clinical analysis or passion. Similarly, the comfortable 9-5, five day-a-week operation that is Open Europe offers enough to generate some self serving headlines, but falls short of identifying more precise reasons as to why this treaty must be stopped at all costs.

Fortunately, what we might call the "fringe" blogosphere is taking up the slack. We identified no less than ten blogs writing on EU referendum issues yesterday – many of them commenting on the Booker piece – as against 18 in the whole of last week. And that is where the growth will occur as real people, outside the "bubble", look for information which is not available elsewhere.

To facilitate this process, we are opening up a specific section of our forum, where readers and blog owners can post links to pieces written on the issue, which we will collect together for our weekly review. If the Tory hierarchy, their groupies and wannabes, can't be bothered to address this issue seriously, there seem to be plenty of people with real conviction who are ready to take up the slack.