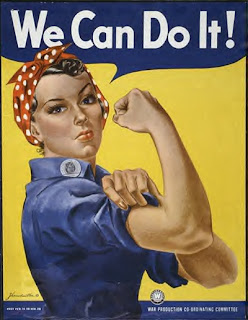 Being conservative anything in Britain at the moment is somewhat depressing, not just because of the state of that party but because there seems to be a general lowering of morale. What there is of right-wing or conservative writing in the media seems to concentrate on complaining bitterly about the present (a well-known theme of all conservative writing all over the world) without ever explaining what exactly was so wonderful about which bit of the past and how can that be reconditioned for the future.

In so far as they look beyond their own collective navel, conservative writers, again in the media, seem to feel the need to be as anti-American as the left-wing colleagues. All very depressing.

As for being a conservative woman or - sssh, whisper who dares - a conservative feminist, well you may as well give up on life or, at least, on political activity. On both sides of the spectrum you are told (as no doubt I shall be by posters on the forum) that being a feminist means being rabidly left-wing, PC (whatever that might mean), socialist, and many other suchlike epithets. Oh yes, and they emasculate men, the poor dears. 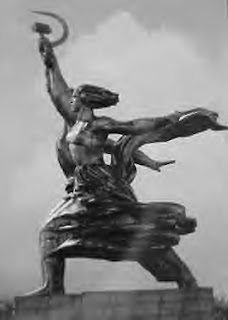 Now this is total nonsense. I have put up two iconic images of women. One, Rosie the Riveter, a poster created by J. Howard Miller in the United States in 1942; the other is Vera Mukhina's gigantic sculpture of the factory worker and kolkhoz girl, first displayed at the International Paris Exhibition of 1937. Which system, which ideology has allowed women to achieve more - capitalism with its emphasis on individual achievement or socialism with its praise on the collective?

Anyone who knows about the lives of women under Communism knows the answer to that. If some of our readers do not, I shall be happy to wax eloquent on the subject.

There may be a shortage of serious women journalists in the drive-by media but let's face it, there is a shortage of serious men journalists as well. The internet, on the other hand, is made for women who want to make their voices heard - any old-fashioned prejudice (and there is plenty of it still around, as I recall whenever I read our forum) can be overcome through blogging and writing on the web.

In the United States, of course, things are somewhat better and some of the most powerful and influential bloggers on both sides of the political spectrum, but particularly on the right, are women.

It is a comment by one of them, who is also editor of National Review Online, Kathryn Jean Lopez, that started this train of thought. Responding to the left-wing journalist, Ellen Goodman, she wrote:

My reaction to Goodman-like complaining is: It's 2007, you live in the United States. You have a pen, phone and Internet connection. Stop whining. It's unattractive. If you want to have an impact, just work. That's how the guys do it. That's how we gals do it.

Mind you, living as I do in Britain, I'd say this applies to the guys as much as the gals: stop whining as it's unattractive. Hey, you know what? I might adopt that as my permanent response to the whingers on the forum and anywhere else.