The battle of Basra 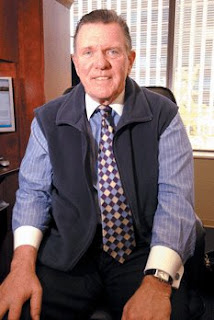 On the basis of a front-page story retailing how retired Gen Jack Keane (pictured) is complaining that the withdrawal of British troops is creating a security crisis in the south of Iraq, The Daily Telegraph is holding forth in its leader.

Headed, "The Battle of Basra," the paper does at least acknowledge General Keane's remarks that Britain has never had enough manpower to protect the civilian population in its sector adequately but points out that Britain's military overstretch is now so severe that the sending (British) reinforcements to southern Iraq - as Keane would like - is preposterous.

Beyond that, the paper sees Keane's criticism as purely political, suggesting that:

…as America's involvement in Iraq limps towards its inevitable, ignominious conclusion, how very convenient it will be for Washington to be able to put some of the blame on the Brits for not pulling their weight in Basra.

What is entirely missing from this piece is any recognition that Gen. Keane may be partly right – that the Brits have not been pulling their weight in Basra.

Nor indeed has it begun to realise that the failure is not entirely (or at all) due to shortage of manpower. It may owe more to the lack of political direction, the lack of military leadership and intelligence, the absence of suitable equipment, and the failure to develop effective tactics – these being inherently dependent on the availability of equipment with which to execute them.

It is not our intention to rehearse, yet again, those failures, but it is germane to note a few salient points which have been left out of the debate.

Firstly, in the grander scheme of things, it was never the intention – nor was it ever possible – that British occupation forces should protect the civilian population. Their function, in part, was to restore and train the Iraqi security forces (police and army) to undertake that role. 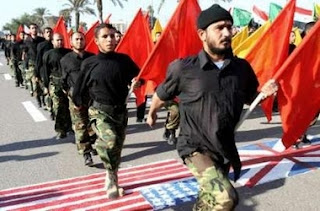 In parallel, the task was to take on the hard core of what have come to be termed the "irreconcilables". These were the Shi'ite militias who were intent on challenging the authority, by force of arms, of the occupational forces and the central government, making it impossible for the Iraqi security forces to perform their roles.

It is there that the British Army failed, but it would be quite wrong to suggest that the failure is recent (or in any way attributable to the lack of courage and skill of the ground forces on the spot). The failure was almost certainly at a strategic level and of long-standing. And, while undoubtedly political in inception, it would be wrong to walk away without also examining the role of the MoD and the Army higher command.

Here, we did do some exploration late last year, on the occasion of the landmark speech by former CGS Mike Jackson. It was then that we concluded that, in August 2003, after the shortest of honeymoons, the situation was beginning to unravel. 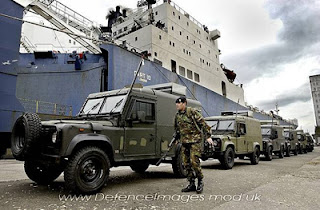 In the subsequent months, we then observed that, instead of reacting decisively, the Army was slow to respond. When it finally appreciated that it had a live insurgency on its hands, it palmed off the ground troops with second-hand obsolete equipment, most notably the "Snatch" Land Rover, culled from military stores in Northern Ireland.

Small wonder that troops on the ground could not react aggressively or decisively. In equipment that was both vulnerable and inadequate, they did not have the wherewithal to achieve an effect.

Similarly, one must deal with the issue of overstretch – the constant refrain that we needed "more boots on the ground". If some intelligent thought is applied to this matter, it is self-evident that improvements in productivity apply to military operations as they do to industry. 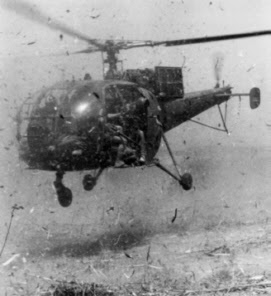 Currently, a "brick" of four men carries more firepower than a WWII platoon and can call in support of unimaginable intensity. Relying on advanced electronic intelligence and using helicopters for transport, small teams, skillfully used, can dominate hundreds of square miles – as indeed did the Rhodesians back in the 70s.

On a more prosaic level, last year, we pointed out that, as the security situation deteriorated, routine patrols which hitherto had been conducted by three lightly armoured vehicles – carrying 12 men – became a Company operation, involving upwards of a hundred men. Yet, better armoured vehicles – of the MRAP style now being introduced – with helicopter-borne reinforcements on standby if needed, could have allowed the more economic use of troops.

Above all, though, the Army had to maintain a moral ascendancy and it was, in our view, the policy of continual retreat under fire that sent a message to the Militias that the British could be beaten. 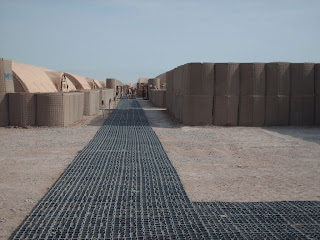 Now that our forces have retreated to Basra, and are poised to hunker down in their last redoubt at Basra Air Station, it is too late. Arguably, in 2003 and the years afterwards, the troops we had available – had they been properly equipped - could have made the difference.

Up to last year, prior to our humiliating and precipitate retreat from al Amarah, they could perhaps have prevailed. Now that the situation is clearly out of control, it would probably need ten times the 5,000 troops we have currently in theatre to regain lost ground. And that, as the Telegraph rightly observes, is preposterous.

Thus, it was only two weeks ago that Colonel Bob Stewart - styled as "former UN commander of British troops in Bosnia" - was interviewed in the Today programme offered two options for Basra. These, he said, were to retake and dominate the ground, or abandon it.

Those are still the only options available and, since we cannot do the former, we have to consider the latter. Simply protesting that the Americans have the temerity to point this out, as does the Telegraph today, is dishonest. We should acknowledge our own failures and take responsibility for them.