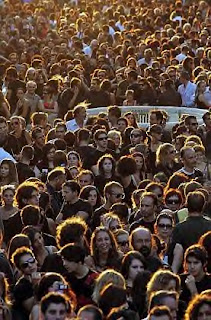 The Greek demonstration in Athens has been picked up by several MSM outlets (often in surprisingly similar words). About 10,000 people, some dressed in black, some wearing masks, gathered in Athens to protest the government’s rather feeble handling of the catastrophic (for once, the word is apt) fires that swept across parts of the country.

Among the various complaints are the fact that there had not been enough investment in the fire-fighting services over the years though this, presumably, applies to successive governments; that the law allowing and, indeed, encouraging people to burn down parts of forest for property development still stands; that people in danger zones were more or less abandoned to their fate.

It should be noted that so far 74 people have lost their lives in the fires, mostly people unwilling to leave their homes and their animals till it was too late, though some were firefighters. The numbers of injured run into hundreds and those made homeless into thousands. The loss of wildlife and of natural resources is incalculable.

The fires, as the Times reports, are dying down though there is fear of another heat wave reigniting smouldering undergrowth.

In the Peloponnese, the inferno destroyed hundreds of homes in dozens of villages, fragile mountain ecosystems – which will require decades to revive – and an entire rural way of life in some of the peninsula’s worst afflicted areas.

The flames even damaged parts of the 2,800-year-old World Heritage site of Ancient Olympia, birthplace of the ancient Olympic Games and the place where the Olympic Flame is lit for the summer and winter games.

Well, what a good thing the Elgin Marbles and many other Greek antiquities in other parts of the world are safe.

Thousands of people are receiving immediate food aid. It is not entirely clear how this will affect the soon to be fought election. PASOK, also enmired in corruption scandals, is gaining on the governing, supposedly conservative New Democracy, but the non-investment in Greek infrastructure has been a scandal for several decades.

Der Spiegel, which has published a number of extremely good photos, one of which I shamelessly nicked, quotes from a number of German-language newspapers that show little European solidarity and insist that the Greeks must put their own house in order. This attitude might be coloured by the knowledge that over the years Greece has received billions of euros and before that pounds and marks from the European Union and has, apparently, done very little useful with them.

The current catastrophe is just too big to be ignored. Certainly Brussels will show Europe's material solidarity. But maybe this disaster will be a chance to correct the distorted image of the country. Greece is a poor country on the borders with Asia, with its own traditions and countless problems. Beyond Athens, the Third World begins. It would help desolate Hellas, if we could finally understand that.

People in Greece like to wallow in self pity and victim mentality. Wherever you look there is the denial of responsibility.

This should be the beginning of a serious debate: Greece has to get itself in order ... The Greek know that after catastrophe, tragedy and apocalypse there is catharsis -- purification through misery, fear and shock.

Of course, as the German newspapers point out, the words we use to describe the situation come from Greek. Greece, they still maintain sorrowfully, is the cradle of Western culture and, because of that, was readily accepted by many as being core part of Europe unlike, say, the East European countries or the ones in the Balkans.

It is charmingly typical of Germans, who have produced some of the world’s greatest classicists, to feel so romantic about Greece. Without going into any discussion about the actuality of that Greek political culture – mostly the cities spent their time fighting each other with ever greater savagery – we can still point out that modern Greece has only tenuous links with Periclean Athens.

In fact, it is a Balkan country and some, though not all, of the East European countries are far more European in the modern sense of the word. In the post-Communist world the division between those that were part of the Ottoman Empire for a long time and those who were not or were only there relatively briefly has shown up very clearly.

It has also been pointed out to me that the division between the Western and the Eastern Churches, culturally and politically speaking, have also shown themselves up very clearly.

None of which should prevent Greece from becoming a genuinely modern European country with a relatively uncorrupt, transparent and accountable government. Sadly, the EU and its previous incarnations have not helped matters. By pouring enormous amounts of money in various kinds of aid – agricultural, structural, as a response to occasional need – it has merely exacerbated the corruption and the dependency mentality.

The result has been a great deal of hubris on the part of the Greeks that has now been followed by nemesis and, indeed, a catastrophe. Given that the EU is already gearing up to pouring money into the country and to using the situation for its own intergrationist purposes, which may or may not work out, the necessary catharsis will remain a long way off.
Posted by Helen at 11:52