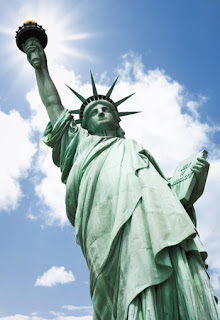 This is the sort of posting I do not usually link to the forum. It is a shortie that links to another blog, in this case Thomas Lifson's piece on American Thinker. However, for once, I shall break that rule for two reasons.

One is that it is not easy to comment on American Thinker, which may be quite sensible as they can avoid all those inadequate trolls. The second is that this is a subject we might be able to have a reasonable discussion.

Lifson takes the word Islamophobia that is always being thrown around with gay abandon and means, as it happens, not hatred of Islam but irrational fear of it and points out that if anyone has irrational fears it is the Islamic community or, at least, those who speak for it in mosques, madrassas, colleges and, even children's TV.

He refers back to another blog, Dr Sanity, where there is a piece on "Westophobia" that discusses, firstly, the crimes that are committed by Islamists against their own people and others and, secondly, the completely irrational fear and hatred that is promulgated by many of the spokesmen.

This could be called Westophobia, which is a clums word, or, as someone suggests, Ameriphobia as it is really an irrational fear and hatred of the United States and everything it represents.

As I read the piece I realized that I was not actually thinking about Islamists but the many other people, not least in Britain, who suffer from what might be called Ameriphobia, which prevents them from seeing who our true allies are and from fully accepting the ideas of the Anglosphere. Anyone who doubts this should read the comments on the two Sunday Times pieces my colleague has linked to.

The trouble is, I don't like the word. Can anything better be created? So, I am putting this on the forum with strict caveats: this is not a thread about Islam or Muslims. It is to be a discussion of Ameriphobia and other possible names to it.
Posted by Helen at 10:50