Another snap election to be called 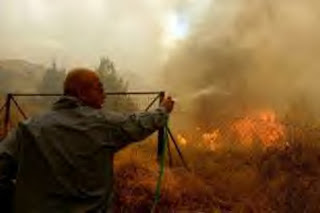 One of the problems with the European Council instructing the IGC about what to put into the Constitutional Reform Treaty was that there was no guarantee that the same governments will be represented at the Conference as were at the Council.

The European Union is, as we know, indifferent to such niceties as elections and different parties coming to power. As the full process of EU legislation takes anything from five to ten years, governments can come and governments can go but the directives go marching on. And that is not to take into account the ten-year plan for such things as food labelling or financial regulation.

Nevertheless, there are likely to be problems with governments retiring, elections being called and, possibly, new people attending the IGC summit in October.

First off, as we know, was Poland, where elections are due to take place on October 21 though Prime Minister Kaczynski (Jaroslaw) has been sacking ministers, reckoning, one must assume that this is his last chance to do so. It will be Mr Kaczynski and Ms Fotyga, the Foreign Minister, but one wonders what validity their presence would be as the likelihood is that those would be the last days of the government.

I am not suggesting that if the Liberals win in the forthcoming election, there would be a change in attitude to the EU, not least because the chances are it will be another rather tense coalition, but an outgoing government does not have much of an authority in negotiations.

Now we have news that Greece is to have an election in September, six months before the government's term is to end. Prime Minister Costas Karamanlis will see the President this afternoon and request a dissolution.

If opinion polls are anything to go by, the conservatives lead by one or two per cent, hardly enough to form a working government. Though the EU has praised Mr Karamanlis for setting Greece's budget on target (not yet achieved) of low deficits and serious reforms, the government is not particularly popular.

Not least, there have been devastating forest fires across Greece. As far as anyone can tell, most of the country's forests have been destroyed with untold damage to wildlife and human habitation. One problem seems to have been (we have been informed by one of our readers) is that the government has been wary of sending fire-fighting helicopters out, lest the water from them damaged even further the antiquated electric system and causeed more power cuts.

According to the BBC Theodore Rousoupoulos, the spokesman for the government explained:

The government, fully responsibly, asks the Greek people to decide on the future of the country, renewing their trust and giving a second strong mandate for another four years.

Sounds like asking for trouble rather than a strong mandate.

So, while the Polish government at the IGC will be on its last legs, the Greek government will, possibly, be a completely new one (not that any Greek politician is likely to turn against the EU) and more than likely elected with a small majority or an uneasy coalition.