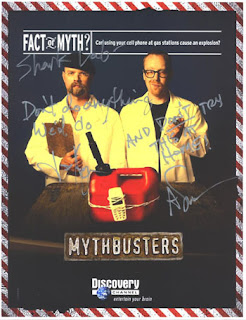 The Foreign and Commonwealth Office has produced a "mythbuster" document on the new constitutional reform treaty.

Headed, "EU Reform Treaty: 10 Myths", the format offers statements purporting to represent criticisms of the treaty, with a rebuttal under each. As might be expected, it is a mixture of truth, half-truths, downright lies and propaganda. We'll look at each in turn, in separate posts.

The first deals with the claimed loss of Britain's seat on the UN Security Council. The text is as follows:

1. The UK will lose or have to vacate its seat on the UN Security Council.

No. There is no question of this. The UN Charter is clear that international organisations like the EU cannot be members of the UN (including holding seats on the Security Council).

The EU Presidency (currently Portugal) and the current High Representative (Javier Solana) can already address the UN Security Council where invited to do so on an issue where the EU has an agreed policy. This is in addition to national statements made by each member.

The German Presidency, during the first six months of 2007, addressed the Security Council on behalf of the EU on eight occasions.

The Reform Treaty package will include a clear Declaration stating that the new Treaty will not affect the responsibilities of the Member States for the conduct of their foreign and defence policy – including at the UN.

It is strongly in the UK's interest that, where we have agreed a position with our EU partners, the EU makes its voice heard. The recent EU statement supporting the UK on the Litvinenko case is a good example.

Here, we cannot but help agree with the principal denials in the first paragraph, and specifically, "There is no question of this." There is, as we have pointed out several times, nothing in the new treaty which requires, suggests or otherwise implies that the UK will have to vacate its UN Security Council seat.

What we are seeing, we wrote recently, is an extension of the current procedure. When the EU has a "common position" on an issue before the Security Council, it will be presented by the EU's High Representative speaking from his own "seat" on the Security Council, rather than have (or in addition to having) the case presented by either or both the British or French representatives. This is affirmed by the statement.

However, you would not expect the FCO to outline the real threat which, in the way of things EU, is much more subtle. In fact, therein lies the Eurosceptic problem. EU treaties are nothing if not nuanced, involving a gradual shift of power, often over a series of treaties, with no dramatic steps. Each one is deniable and no end point is declared.

For sure, the EU's long-term objectives undoubtedly include a permanent seat on the UN Security Council, as indicated by Malloch-Brown. But there is nothing formally in writing so that the ambition is deniable. Any such accusation – as here – can be batted away, leaving the grey, subtle shifts in the treaty, over which it is virtually impossible to have a clear argument.

That is the genius of this gradualist approach to integration, which is strewn with traps for the unwary critic. Project beyond what is strictly in writing in the treaty and the case can be dismissed as a "myth" with its advocates branded as "Europhobes" or even "swivel-eyed loonies".

Thus do the Europhiles continue to pretend that the changes are minor and technical and, even as the Observer remarked yesterday, no one really believes this, it is frustratingly difficult to lay a glove on them.

As an alternative, you can go for the high ground, as does Simon Jenkins in the Sunday Times, with a robust condemnation of Brown's refusal to agree to a referendum. But then, there is always Denis MacShane sniping away in the background, leaving the public bemused and uncertain.

Fighting this treaty and the process of integration, therefore, isn't easy. But what is certain is that overstating the case, or making false or unprovable accusations, does not help the cause. On the contrary, it just provides ammunition for the FCO mythbusters.

The second piece in this series, Mythbusters II, is here.