What is the agenda? 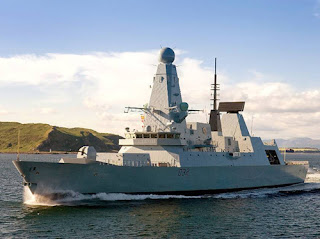 One cannot help but feel that there is an agenda running in certain sections of the media, viz the "shock-horror-probe" front page story in The Telegraph today, under the headline, "British Armed Forces staff shortage crisis".

The report tells us that, "The Armed Forces are missing thousands of specialised soldiers, sailors and airmen crucial to continuing the fight against insurgents in Iraq and Afghanistan," a message which is reinforced in the leader , which broadens the attack, informing us that, "shortages of equipment and personnel are becoming endemic across the Services".

Is it then a co-incidence, one wonders, that Rees-Mogg in The Times devotes his column to exactly the same theme, his column headed, "Blood on a budget: our soldiers betrayed", asking, "Where is the surge in funding?"

Ostensibly, the papers are pushing a Tory agenda and, sure enough, Liam Fox is quoted in The Telegraph piece, accusing the government of increasingly using the Forces without expanding resources. "For all Gordon Brown's warm words on the military, the small print is clear: Labour's failure to cut waste and get resources to the front line is putting lives at risk," he is cited as saying.

However, there is something of a disconnect here in that David Cameron’s Conservatives have made no commitment to increase defence spending. Furthermore, there is nothing in what any of the Tory defence team have previously uttered that in any way indicates that they are focused on "waste" in the Armed Forces. Neither have they expressed with clarity, their ideas of what resources are needed in our operational theatres, other than ritual demands for better medical services and "more helicopters".

Nor, in fact, can it really be said that the picture conveyed in the newspapers - of Services starved of resources – is entirely accurate. Just a quick glance at the MoD web site reveals a torrent spending commitments and new equipment projects, in just the last 30 days.

For instance, we have the £30 million refit for HMS Ocean, the Royal Navy's assault carrier, the first deliveries of the £1.3 billion new truck programme for the Army, the sea trials of the new £1 billion Destroyer, HMS Daring, the delivery of the first multi-role Eurofighters, the arrival of the first of six Merlin battlefield helicopters, the purchase of a new Boeing C-17 Globemaster, the next phase in the FRES project and, of course, the announcement on the Royal Navy’s two new aircraft carriers.

What strikes of this list, however, is how little of this torrent of expenditure is actually directed at current operations in Iraq and Afghanistan and thus, if there is any serious criticism to be made, it must surely be that. But neither the newspapers nor the Conservative Party are making that point. In fact, all these schemes have been largely applauded and, if there is any criticism from the Tories, it is that there has not been enough spending on these schemes.

In fact, one high-profile cri de coeur of the Tories has been the limited number of the obscenely expensive and supremely inadequate Type 45 Destroyers ordered, of which HMS Daring is the first (pictured).

Another example of this "disconnect" came in the Tory response to last week's "friendly fire" incident, with shadow defence minister Gerald Howarth complaining of the lack of a £400 million "battlefield identification system". Notwithstanding that the lack of such a system was irrelevant to the incident (and would not have prevented it) he would have us spend that money.

But he neglected to point out an embarrassing little fact, to which the Telegraph drew attention:

In April 2003, after British Servicemen were killed in friendly fire episodes, Edward Leigh, the chairman of the Public Accounts Committee, said billions of pounds which should have been spent on battlefield recognition technology had instead been diverted to developing weapons such as the Storm Shadow missile.

This weapon, in effect a 1000lb guided bomb, on which over £1 billion was spent - with each bomb costing over £1 million each – is utterly useless for current operations. And it was ordered by? Ah! The Tories.

Thus, if one was to take the current Conservative line, in the absence of any commitment from Cameron to increase defence spending, it would lead to less, not more resources being devoted to the front lines. Surely, that issue should be central to the debate?