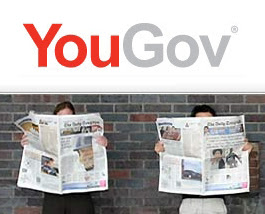 To give him his due, David Cameron has been consistent in his calls for an EU referendum and, although his own profile on the issue could have been higher, the visibility of the Party has been quite high.

Arguably, therefore, if the referendum was a burning concern with the electorate, one might have thought that it would be reflected in the opinion polls, in increasing support for the Tories.

That, however, is proving not to be. According to a YouGov poll for The Daily Telegraph, Cameron is facing a landslide defeat with Labour winning a majority of around 100 seats in the House of Commons if Gordon Brown called a snap general election

The survey shows Labour maintaining an eight-point lead over the Tories as Brown enters his third month as Prime Minister, with the poll putting Labour on 41 per cent (unchanged since July) with the Tories on 33 per cent (up one point).

Pundit Anthony King thinks this is "bad news for the Tories", but it isn't brilliant news for the referendum prospects either. Not least, if Cameron cannot see a potential electoral advantage in supporting the referendum, he may abandon any thought of campaigning heavily on the issue.

And, as if to confirm the poor ranking of the EU in the list of concerns, the latest ConservativeHome survey of party opinion had more than three times as many members chose the NHS (10 percent) as the number one decisive issue for voters as chose "Europe" (3 percent). Some 97 percent of members thought the NHS would be an important vote-moving-issue compared to 65 percent who said the same of Europe.

That, of course, may change as the date for IGC looms but, for the moment, the indications are that the electoral pull of the referendum is slight. The upside of this – if there is one – is that a general election is not a fair test of public sentiment on the EU, as it gets drowned out by other issues – even, as one ToryDairy commenter pointed out, the EU affects most UK domestic policy.

Bringing that home to ordinary electors, it would seem, must be something of a priority, if people are to get worked up about the referendum.