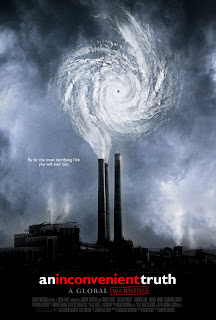 Something I've been meaning to do ever since Sunday, when Booker devoted his main story to the theme, is record how the case for anthropogenic global warming is unravelling.

More to the point, even the case for maintaining that global warming is a continuing phenomenon is becoming seriously unstuck, viz a letter in The Telegraph yesterday from Philip Stott, Emeritus Professor of Biogeography in the University of London.

Stott noted that week rain fell last week not only on the rag-bag of climate-change activists camped outside Heathrow (who seem to have enjoyed extraordinary media coverage). It also, he wrote, poured on the whole global-warming parade.

First, he continued, new research indicates that our climate may be only one third as sensitive to C02 as has been assumed. Secondly, corrected temperature figures for America from Nasa indicate that the hottest year in the 20th century was 1934, not in the 1990s. Thirdly, recent satellite figures from the National Oceanic and Atmospheric Administration demonstrate no mean global warming since 1998. Indeed, the curve has flattened to below 1998 levels.

Finally, Stott concludes, our British weather continues to contradict all predictions. When, he asks, will our politicians, especially David Cameron, recognise that carbon claptrap, not global warming, is the danger for our economic future? 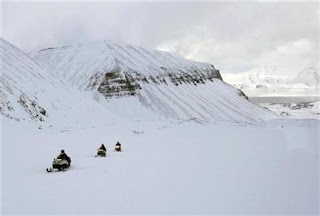 This is one of the stranger aspects of the global warming debate for, as the politicians profess even greater certainty that this is the dominant issue of our general, the scientists, it seems, are far from certain. For all we know, we could be slipping back into a new ice age.

In a recent article in The Boston Globe, reproduced in the IHT this state of uncertainty is reviewed, painting a graphic picture which totally contradicts Gore's assertion that, "There's no more debate ... There is no more scientific debate among serious people who've looked at the evidence."

In terms of one of the latest discoveries to shake the certainty – the fact that the NASA/Goddard Institute temperature figures have been exaggerating the temperature rise and that the hottest year in the 20th century was 1934, not in the 1990s, this has been due to the remarkable work of statistician Steve McIntyre, who has used his blog Climate Audit relentless to promote independent discussion on climate science.

Less spectacular, but probably just as important is the way McIntyre has recruited his readers, progressively to evaluate the validity of readings from individual weather stations, coming up with some significant findings.

One of the most dramatic is illustrated a remarkable photograph of Tucson University of Arizona Weather Station (illustrated) shown positioned in a bay on the concrete car park – thus failing to conform with the siting criteria for these sites. It also highlights the so-called "heat island" effect, where as sites have become more urban, rises in temperature experienced reflect the urban heating rather than real climate change. 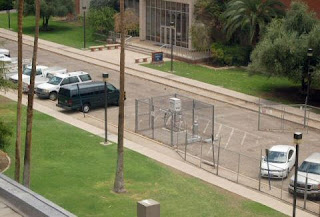 For a long time, it has puzzled me how, from the hundreds of disparate weather stations inputing data into the system, how climate scientists have been able to produce a single figure for each year, representing a unified global temperature.

Here, in a measured interview on the Today programme, McIntyre pointed out that numerous adjustments must be made to arrive at the finished figures and that, crucially, the size of the adjustments in many cases exceeded the temperature increases being recorded.

In other words, the single global temperature is not real, but a calculated artefact, prone to multiple errors. The temperature rises thus recorded are an extremely fragile basis on which to commit not billions but trillions of dollars of expenditure.

As Booker reported last Sunday, Prof William Nordhaus, of Yale, has just published calculations showing that cuts in greenhouse gas emissions on the scale proposed by Gore might possibly save $12 trillion (£12,000bn) - but that their cost would be nearly three times as much, $34 trillion, more than half the world's GDP. 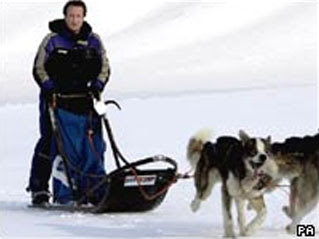 So fast is the evidence accumulating that the fatuity of basing major public policy initiatives on what many already believe to be a scam is becoming more evident by the day. The debate, far from being over, really has only just begun.

It is now hard to think of a situation where there has been such a great divide between the politicians – who remain fixed in their beliefs about global warming, impervious to the increasingly vibrant debate – and the wider world, where scepticism is growing in intensity.

But then, we are seeing the same thing across the board, where more and more the politicians (and the media) seem detached from reality. The political implications of this have yet to become clear but, while green politics may be a wonderful plaything for the likes of Cameron, in the fullness of time, there will be a price which he and his fellow travellers will be unable to pay.