This is a newspaper? 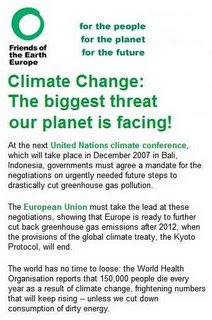 Administrative affairs commissioner Siim Kallas mentioned it in a speech to the EU parliament on 16 July.

This blog picked it up and published it on 18 July. Then Booker used it for his column on 22 July in The Sunday Telegraph, crediting it to this blog. There was then a response in the letters column the following week, on 29 July.

Now, trailing in our wake, a month after the original story broke, comes Martin Banks in The Daily Telegraph with the stunning headline, "EU Commission pays group to lobby Brussels".

But, in the true style of leaden hackery, Banks leads with a rent-a-quote Tory MEP – this time Roger Helmer – who obligingly makes disapproving noises, accusing the commission of a "grotesque" waste of taxpayers' money. 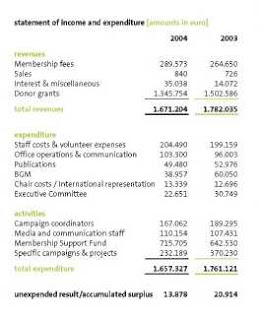 Banks, then gravely adds, in the interests of "balance" that "the commission argues that giving the organisation nearly half of its annual budget does not stop it from criticising the institution."

If he was less of a hack, he might have added (but does not) that, with additional funds from German, Austrian and Dutch ministries of environment, plus contributions from the United Nations Environment Programme, public money accounted for over fifty percent of the group's income, making it primarily a taxpayer-funded organisation.

Instead, Banks is more interested in giving us another rent-a-quote from Mr Helmer, from whom we learn the stunning information that this is "not a one-off." The commission, he says, "has invited numerous pro-EU lobby groups and NGOs to a debate in October on the EU constitution." Wow!

And what about Oxfam receiving €48 million from the commission over two years to carry out development and humanitarian projects throughout the world and the European Consumer Office, better known as "BEUC", receiving €2.4 million, er... to lobby the commission? Well, you would have to read our blog to find that out – and we wrote it a month ago.

You can see why we are just, occasionally, a little bit jaundiced about the dead tree media.