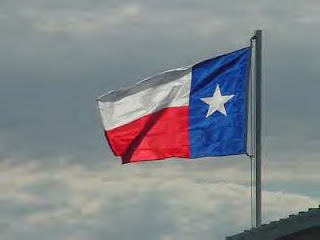 It seems that the Portuguese Presidency of the European Union has never heard of that expression or of the fascinating history of the Lone Star State. I cannot explain otherwise why it took into its head to start instructing Texans in how to run their affairs.

The bone of contention was the 400th execution since 1982 that was due to take place in Texas on the 23rd.

The Presidency sent the following message to the Governor of Texas:

The European Union strongly urges Governor Rick Perry to exercise all powers vested in his office to halt all upcoming executions and to consider the introduction of a moratorium in the state of Texas.

There is no evidence to suggest that the use of the death penalty serves as a deterrent against violent crime and the irreversibility of the punishment means that miscarriages of justice, which are inevitable in all legal systems, cannot be redressed.

Actually, there is a good deal of debate about whether the death penalty deters violent crime or not with arguments being produced on both sides. (I have no doubt we shall hear them from various members of the forum and can only hope that said members will rely on genuine information rather than guess work.)

The irreversibility argument is a much stronger one, though this particular case appears to be fairly straightforward.

Apart from the EU's propensity to meddle in other people's affairs (soft power, don't you know) there is a curious anomaly in its self-righteous and self-appointed role of being the world's conscience, in particular of America's conscience.

We have written about this before:

Think of the supercilious “European” and, I am sorry to say, British reaction to the Terri Schiavo case, as convoluted a problem as anyone could imagine. I have no desire to go into the rights and wrongs of it and hereby warn our readers that I shall ignore all comments on the case itself.

However, I was rather shocked to see respectable commentators in the media sneer at those Americans who maintained that Ms Schiavo’s feeding tubes should not be removed and she should not be allowed to die of hunger and thirst.

Instead of arguing the various medical and philosophical pros and cons, newspapers such as the Financial Times, a great upholder of “European values”, proclaimed that only in the United States, land of the bug-eyed religious fanatics, could people maintain that human life is sacred whether its owner is severely disabled or not.

So, um, let me get this straight: European values mean opposition to capital punishment even if the person in question is a mass murderer or has tortured and murdered children but they also mean a clear understanding that severely disabled people can be put to death on the medical profession’s say-so?

The people of Texas, one assumes, (well, actually, one knows) can always elect politicians who will abolish the death penalty or, at least, put a moratorium on it, if they should so choose. That is more than one can say about the people of Europe, should they want to elect politicians who would reintroduce capital punishment. They would not be allowed to do so. There might be something to the argument that certain moral issues cannot be left to the decision of the crowd (note, I do not say the mob) but, again, that is for Texas to decide.

Anyway, don't mess with Texas. The Governor of Texas responded with the following pithy comment:

230 years ago, our forefathers fought a war to throw off the yoke of a European monarch and gain the freedom of self-determination. Texans long ago decided that the death penalty is a just and appropriate punishment for the most horrible crimes committed against our citizens. While we respect our friends in Europe, welcome their investment in our state and appreciate their interest in our laws, Texans are doing just fine governing Texas.

Of course, at the time Texas did not precisely exist with much of the land divided between the French and the Spanish and the American War of Independence was more of a civil war than anything else, with the French meddling whenever they could put a spoke into the British wheel, but what the heck! It's the thought that counts "deep in the heart of Texas" as much as anywhere else.
Posted by Helen at 00:38