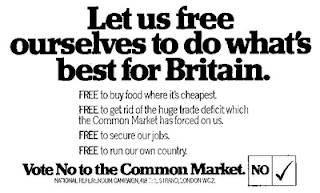 Considered important enough by the BBC to front on its World at One midday news bulletin, the news from The Daily Telegraph today is that the Unions are preparing to demand an EU referendum.

Says The Telegraph, the GMB general union has submitted a formal motion demanding that the British people be given a say on the grounds that the new reform treaty is the same in all but name as the original, defeated constitutional treaty. The National Union of Rail Maritime and Transport Workers (RMT) has gone even further with a separate motion urging the TUC to campaign for a "No" vote.

TUC sources say there would be a debate and vote on European issues at the congress in Brighton and, "It may well be that we adopt a position in favour of a referendum and against the constitution."

The driver of the unions' position, however, is anger at the opt-out for British workers from the EU Charter of Fundamental Rights. This, they claim, will give their counterparts in the other 26 member states increased rights to take industrial action – in particular, the right to strike.

The GMB motion says its members are "bitterly disappointed" that the charter will not apply to British workers. It states that the government needs to show that it is committed to "Europe's social dimension as this is necessary for British trade unions' support for the future development of Europe."

The GMB's European officer, Kathleen Walker-Shaw, told the BBC's World at One: "The source of our motion to TUC is to raise our frustration about our government's position, which we are seeing as a clear indication that it is not committing itself to a social Europe... What we want is a debate. We want people to stand up and start saying what is good about Europe." She added, "Let's stop being shy about the fact that, in recent years, the achievements in terms of developing a social Europe seem to have dried up and that doesn't satisfy our members."

Needless to say, this position is somewhat at odds with other pro-referendum campaigners who oppose the treaty in principle. The unions, it seems, will be campaigning on a platform of "more Europe", rejecting the treaty because it does not increase the EU's powers sufficiently. 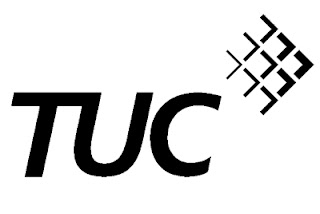 Whether that confuses the issue remains to be seen but it should be recalled that, in the 1975 referendum, the Trades Union Council officially supported the "no" vote, then on the grounds that continued membership of the (then) EEC would reduce trade unions rights.

At a time when union power was a dominant political issue, union support thus became a factor which convinced many voters to join the "yes" camp, if only on the basic premise that anything the unions objected to had to be a good thing.

This time round, union strength and influence has waned – although the movement is still the biggest paymaster of the cash-strapped Labour Party. Thus, the intervention of two of the wealthiest unions could be a significant factor in forcing Gordon Brown to concede a referendum.

Whether the unions would then be of any help in securing a "no" victory is a moot point. On the face of it, their participation is more likely to be a mixed blessing.