A Europe of results? 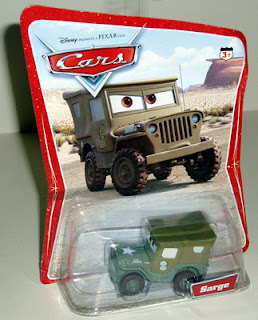 With an estimated 18 million Mattel toys (two million in the UK alone) having to be withdrawn in what must be one of the largest ever global recalls of consumer products, one of the major players in the ongoing drama is keeping remarkably quiet.

This, of course, is our old friend the elephant in the room. Better known as the European Union, through what some of the media so quaintly like to call its "executive arm" – the EU commission – it is entirely responsible for setting up the regulatory system on toy safety. And, if nothing else, these current recalls are evidence of a spectacular failure of the system.

The silence of the commission is in marked contrast to its hubris in November 2005 when it celebrated "20 years of safe products for Europe", a result claimed for its "revolutionary" CE safety marking scheme.

What is little understood is that, in taking over the responsibility for product standards – of which "toy safety" was a flagship programme - the commission has enforced the dismantling of national safety monitoring programmes and prevented member states from carrying out their own local checks – such as routine sampling of products in the shops and laboratory tests to ensure compliance with standards. 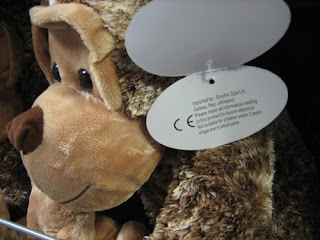 Instead of this, in came a system of EU-wide harmonisation, "based on the simple condition that the producer guarantees that its products are safe." It requires manufacturers to carry out a battery of procedures, which must be verified by an independent agency, on completion of which they could affix the coveted CE mark which, effectively, guaranteed immunity from official inspection.

Thus, while people were complaining about the opening of our borders to the inrush of immigrants from other EU member states, another revolution was taking place. Our borders were forcibly opened to a torrent of cheap, often substandard imports. And, as long as they carried the "magic talisman" of the CE mark and had the correct paperwork, local port inspectors were effectively prohibited from examining the goods.

What were termed "technical inspections" were condemned as "barriers to trade", on the basis of which the commission rigorously pursued their agenda of dismantling port controls, with over 1000 references to the European Court of Justice.

Furthermore, once in the shops, the official presumption is that goods bearing the CE mark are "safe", so that officials such as trading standards officers are actively dissuaded from carrying out spot sampling. And no longer do local authorities make budget allocations for routine tests. This, of course, has liberated officials to harass errant traders who insist on selling their goods by the pound in defiance of the various EU metrication directives.

One of the consequences of the regulatory nightmare that accompanied the CE marking system has been the destruction of domestic toy-makers, driving the business offshore, particularly to China. This nation has become the "toymaker to the world" as other western economies either relied on the EU's regulatory scheme or emulated it (on the back of relentless EU propaganda, the CE mark has become recognised, world-wide as the "gold standard" of consumer safety). 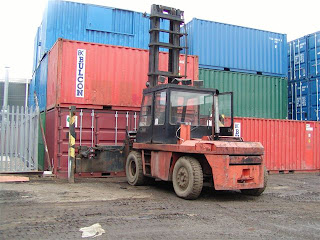 Out of the reach of EU regulatory authorities, Chinese manufacturers have cynically exploited the system, to the extent that it has long been known in the trade that the CE-marking is a charade. But the regime suited the multi-nationals and big corporations which have dominated the retail sector. It provided a cheap reassurance to the consumer and, by placing the responsibility on the producer (rather than the retailer), enabled the big toy-sellers to evade their responsibility for ensuring that the products bearing their brand labels were safe.

The EU's system has, in fact, encouraged corporate irresponsiblity, instilling a culture of "plausible deniability", where retailers and their suppliers can plead that the "paperwork and procedures" were in order, thus dumping the blame for any failures on anonymous producers, largely keeping their own reputations intact.

Enter José Manuel Barroso, commission president in March of this year. In front of the EU parliament in Brussels, he made the case for his beloved treaty, arguing that he needed "better institutions for better results". "A Europe of results," he declared, "is a political vision based on constructive pragmatism: to address the concerns of our citizens, to provide European solutions for European problems."

Now, as hundreds of thousands of anxious parents scour their childrens' toy chests for potentially dangerous toys, they are gaining first-hand experience of this "Europe of results". But, as the elephant skulks quietly in the corner of the room, who is going to tell them that, yet again, they are enjoying another of the benefits of our membership of the European Union?