Living in a time warp 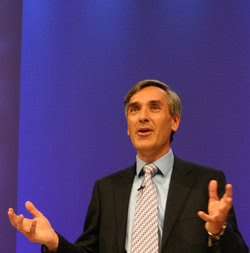 Equally predictably, they are claiming that his plan, aimed at saving British businesses £14 billion a year, shows that the Right "have taken control", with minister John Hutton charging that the Tories were becoming "more right wing" than they were even under Hague and Howard.

However, there is nothing particularly right-wing about deregulation, pace Gordon Brown’s announcement of a major initiative to cut regulations in his 2004 pre-budget report.

What makes Redwood’s proposals different though – and wearily familiar – is his suggestion that a whole raft of EU legislation should be scrapped, including the working time directive, health and safety law, home information packs and horse passports. Redwood also proposes that EU law on herbal medicines would be lightened and that Britain should opt out of the EU directive on food supplements.

These, in fact, are nothing new. They are part of a fantasy the Redwood has nurtured for the best part of 15 years. And fantasy they are because he has never, ever set out a credible strategy on how such programme could be achieved.

We have heard that the Conservatives would employ the Thatcher "handbag" technique, used to gain the British rebate. But this was in the circumstances where the "colleagues" desperately needed a new financial settlement, so Thatcher held the veto. Unless they agreed to give her hack some money, she could hold out forever. In this case, however, the British would be the supplicants – with nothing to offer – and the "colleagues" would hold the veto.

Another suggestion is that a new Conservative government could simply veto all new EU projects – where we still have a veto. But, not only have we very few vetoes left, this was the strategy adopted by John Major in the infamous "beef war" – when the EU went marching on without him. Major was eventually forced into a humiliating climbdown.

What it therefore comes down to, therefore, is Britain negotiating with the "colleagues", asking them politely if they will repeal some of their regulations. When it was directly put to Redwood that they might say "no", and he was asked – by Christopher Booker - what he would do then, Redwood replied that, "we would have an interesting discussion".

Should, as some others are suggesting, Britain go ahead and repeal the laws unilaterally – and then subsequently ignore the inevitable fines from the European Court of Justice – that would be an abrogation of the UK's treaty obligations and, effectively, an abrogation of the EU treaties. The inevitable consequence of that, of course, would be Britain's withdrawal from the EU.

Desirable though that outcome would be, it is not on the table. It is not Conservative Party policy and the Europhile Cameron would never accept it as such.

Thus, far from being a lurch to the Right, as Labour would aver, this is once again a demonstration of the incoherence in Conservative thinking, betraying the fact that they still have not come to terms with the EU issue. Instead of confronting it, the Tories live in a time warp, where the same old issues are brought up again and again, only for them to subside each time reality creeps in.

No wonder they are having difficulty convincing voters they are fit for government.