[Health warning: this is not a Toy posting. There will be no mention of Toys in this piece. Some of our readers might, therefore, decide to skip this. But, let me repeat: there will be no Toys.]

Just recently we have noticed that there is excitement abroad (in every sense of the word) about the Euroblogosphere. It is being discussed and analyzed in a way it has not been before.

Euractiv has produced a list of blogs that might be considered to be relevant with, as you would expect it, heavy emphasis on the more official “clogs” (corporate blogs) – Commissars, members of the Toy Parliament and journalists – but there are some blogs, including this one, that are outside the Pale. 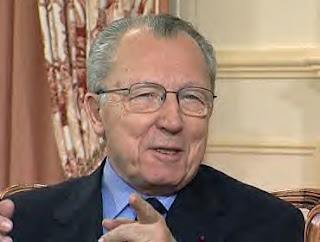 It may be that the opinion, frequently voiced by us, that it will be the issue of further European integration and the future of the European Union (short, we hope) that will make the blogosphere on this side of the Pond as important politically as it has been for some time in the United States is now shared by the Euro-establishment.

Scholars at the University of Hamburg are labouring on a more profound sociological and philosophical analysis of the blogosphere and its possible developments and outcomes. Their, possibly interim, conclusion is interesting in the way it tries to come to terms with a basically unknown and uncontrollable force:

In conclusion, it is not in the hands of the EU to organize the Euroblogosphere but it is in its hands to provide a basis for this partial public sphere to grow, fostering collective incentives, which are fundamental for the development of collective action and community. Doing this is one of the necessary steps that the EU has to take if it wants to act according to its motto of “closing the gap” between citizens and European institutions.

Earlier paragraphs make it clear that the opinion of this paper is that the importance or otherwise of blogs depends entirely on the attitude taken by the various governing strata who are encouraged to use the blogosphere for their own purposes. Can’t help feeling that these people are in for a shock.

My colleague and I have been wondering whether it is entirely a coincidence that so soon after we have found these and other discussions, there have been two (so far) perfectly courteous messages telling us about projects and websites that are supposedly “discussing” the European project though not quite as openly as we are.

One link, sent to our forum by a delightful new correspondent, is to a site called Tomorrow’s Europe, which is running a discussion forum at the European Parliament in September. The participants will be “a truly representative sample of ordinary citizens from all 27 countries in the EU”, 400 in number, the population of the EU being around 490 million. And, of course, the 400 will have no personal views or agendas of their own at all. 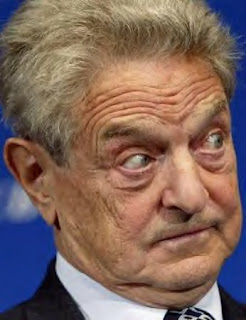 Let me add that the main organizer of Tomorrow’s Europe is Notre Europe, the think-tank set up by Jacques Delors, the last talented President of the European Commission and one of the sponsors, indeed the main organizational one, is George Soros’s Open Society Institute from which Lord Malloch-Brown has probably resigned. (It is good to have all one's enemies in one basket, so to speak.)

(Actually, I am not sure what happened there but the original idea had been to bring together 500 representative ordinary citizens. That 100 might have made all the difference. What went wrong? Were they purged for saying the wrong thing and supporting Snowball instead of Napoleon?)

We have also received an e-mail about another website in the making that is set to advocate the advantages of no borders in Europe. Having spent some of my life traveling round the place, I can appreciate that notion, though I should like to point out that travel across Europe was very easy before the First World War (unless one ran into a revolution or some local massacre) so there is nothing terribly new in the idea of borders being unimportant.

In a rapidly changing environment where high mobility is a key element of success and where the post war cooperation initiatives in Europe have generated dynamics of peace and mutual understanding, we anticipate a trully united European continent without borders and without barriers of any kind.

We pledge to work hard on raising awareness on the benefits of a borderless Europe and broadcasting the will of the people of Europe towards the higher levels of administration.

There is a forum but it is not fully functional yet. We are looking forward to the developments in Europe/no-borders.

In the meantime, we can but smile at the thought of all these groups, organizations, academic seminars, old Uncle Tom Cobbleigh and all getting so excited and worried about the euroblogosphere. Long may that continue.