It really isn't going away 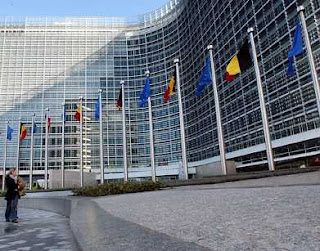 It was yesterday in The Daily Telegraph that Irwin Stelzer ventured: "Brown can't be bullied into a referendum".

This is "one issue", on which Brown feels no need to walk a line, we are told. He is convinced that the British opt-outs mean that no transfer of sovereignty is involved, and that therefore Labour's referendum pledge is inoperative. Furthermore, Labour MPs who think they can shake him had better have a re-think. Besides, the PM can put this issue to rest by stating in the new manifesto that he intends to have Parliament decide.

And even those voters who know he is wrong will make their decisions based on other issues. So the Prime Minister believes. And since he is a man who keeps his "eyes wide open all the time", he might well be right.

One thing for sure, Brown is unlikely to be impressed by the news that some Liberal Democrats may join the Labour rebels, not least because Menzies Campbell, their leader, is all over the place, and their vote seems to be falling apart in the polls. The words "busted" and "flush" come to mind.

Nevertheless, we are beginning to see some strange bedfellows rallying to the flag (if you can rally to the flag while in bed), with David Blunkett joining the fray. Apparently he has "stoked Labour divisions over Europe" by challenging Gordon Brown to explain why he was denying the British people a referendum on the treaty.

Certainly, Brown needs to do that, as the "constitutional concept has been abandoned" mantra is getting more than a little tedious. Blunkett, therefore, strikes a chord when he says that Brown and his ministers had "a long way to go" before they had provided "a proper answer" to the growing number of Labour MPs, unions and members of the public demanding a referendum.

Whether Brown can cope with his opposition lounging in bed, while rallying to the flag, joining the fray and striking chords, is another matter. If the arguments don't get him, the lethal battery of mixed metaphors will.

Anyhow, if Stelzer is downbeat, in today's Daily Mail, Booker provides an antidote, with a long op-ed declaring, "The EU constitution is one of the biggest political gambles Mr Brown could make".

"Something very odd has been going on in Britain this August," writes Booker. "Ever more people - including, we are told, more than 100 of his own MPs - have been waking up to the realisation that our Prime Minister Gordon Brown is attempting to get away with one of the most shameless and fraudulent gambles in our political history."

His gamble is that, "so long as we remain in ignorance as to what is really at stake, we will not care enough to stop him getting his way." But the fact is that:

…he wants to give away powers which do not belong to him or to Parliament but to all of us. That he is prepared to do so without consulting us - and on the basis of lies and broken promises - should make us all so angry that he cannot get away with it.

Angry indeed we are – some of us. And if the issue has struggled through the "silly season" to emerge intact on the other side, that alone tells us that it is not going to go away.

Even despite the stupidity of the Tory slogan – "Don't Let Brown Let EU Down" – so stupid that even Iain Dale has noticed, there are growing indications that Brown has a fight on his hands.