The words glass houses and stones spring to mind 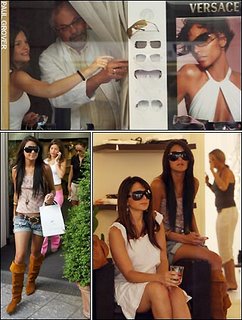 Firstly an apology for a prolonged absence (4 days or so) from the blog. Heat, work and computer problems, though not necessarily in that order, account for it.

My colleague has covered in detail the peculiar opinion poll published in the Daily Telegraph today about British attitudes to the United States and Americans in general. However, I was greatly taken by the words “Britons see US as vulgar empire builder”.

Hmm, I thought, unlike the British Empire that was entirely stylish and elegant. Does this sort of thing come out ignorance or hypocrisy? I am inclined to think ignorance, when it comes to the historical background and anything remotely resembling knowledge of the politics in this country, never mind anywhere else such as a big and complex country like the United States. At times I have heard people describe American small towns portrayed by Hollywood directors and stars who have never lived there and, in any case, loathe and despise the ordinary people who do, as being “typically American”.

Hypocrisy is not far absent, though. Vulgar? This from a nation obsessed with WAGs (wives and girlfriends, since you ask) of footballers, Big Brother and Z-list celebrities? A nation and its media that proclaims the boorish antics of footballers like Wayne Rooney to be the “pride of England”?

I could go on but shall, instead, direct attention to a surprisingly good piece by Peter Oborne in today’s Evening Standard [not on line unlike an article about WAGs waving goodbye to Germany – yawn]

Mr Oborne who, incidentally, has a genuine interest in sport, including football, compares the two big stories of the week-end: the two soldiers killed in Helmand Province in Afghanistan.

“The other, given far more coverage, is the English footballing defeat at the hands of Portugal. The first of these stories concerns duty, courage and being ready to make the ultimate sacrifice on behalf of one’s country. The second concerns indiscipline and self-indulgence.”

(At this point I should like to point out that I predicted England crashing out in the quarter final from the beginning of the competitions and even before it, simply because that happens every single time. Next time I shall put money on it.)

Mr Oborne makes a serious point here whether you care or believe that Wayne Rooney’s idiotic and peevish behaviour helped England out of the World Cup competition or not.

“I do not know the background of the two young men who died over the weekend. But the vast majority of the soldiers who have been killed in Afghanistan and Iraq come from similar origins to Wayne Rooney, the footballer whose moment of petulance cost England the chance of playing France in the semi-finals of the World Cup.

They, too, have been brought up in inner cities, sometimes from broken families and often with little or no education. They have few chances in life – one reason why they chose to enter the British Army.

Their training has taught that just a single failure of concentration could cost them their lives or the life of a comrade and that a moment of self-indulgence could see them facing a court martial.

They live in conditions of great discomfort and austerity, away from home, separated from their families, forgotten by their fellow countrymen, earning maybe £300 a week.

Every last member of the England football team earns more in a single day’s work than a British squaddie does do in a year. The footballers have spent the last month in the bosom of their families – the grotesque Wags who have spent their time on extended drinking and shopping sprees.”

And, unlike the squaddies, they do not perform well under pressure. Fair enough, you might say, the market speaks. As far as we are concerned, footballers are worth more than soldiers (who are paid out of our taxes, as are numerous gender and nutrition equality outreach officers) and are of greater interest to us. What does that say about a country, whose people are so ready to describe another nation as being “vulgar”?

Mr Oborne ends his article with the following two paragraphs:

“Yesterday the England team plane, flaunting the slogan “pride of the nation” flew into Stansted Airport. In a few days’ time another plane will quietly fly into Brize Norton military base. The two dead men in that aircraft should be honoured beyond measure because they represent everything that is proudest and most noble about Britain.

By contrast, the England plane carrying our football stars represents the crassest, most materialistic and shoddiest elements of our national culture. Sadly, that is the plane which represents the country we have become.”

But hey, at least, we are not “vulgar imperialists” like the Americans.