This is what we are up against 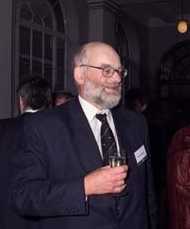 A little while ago I was sent a copy of an important lecture, delivered by the eminent constitutional jurist, Sir John Baker, at St Catharine's College, Cambridge on 20 April, 2004.

The lecture was entitled "The Constitutional Revolution" and analyzed the creeping changes introduced into the British constitutional structure by Tony Blair's government, though Sir John did make ity very clear that no government and no party can be exonerated. I would not presume to summarize Sir John's analysis, which is very cogent and easy to read even for a non-expert.

However, this non-expert found one or two problems with what was omitted rather than what was said.

In the first place, while there can be no doubt that parliamentary supremacy has been gradually eroding in this country since 1911, there seems little point in saying that it had somehow provided checks and balances. In fact, Sir John, himself, points out that

"The most basic principle of our unwritten constitution is that sovereignty resides in the Queen in Parliament. Parliament holds governments to account, Parliament alone makes or changes the law, and the law which Parliament makes is not subject to review by courts."

This, he says, is the theory but has become somewhat fictional. Indeed, but the reason it has become fictional is because Parliament, without any checks and balances, has willed it so. When one looks more closely at Sir John's arguments, one finds that the checks never consisted of more than advice given by an independent civil service and a notional "rule of law" that held as long as the politicians in the House of Commons and in the government wanted it to hold.

There are other problems, though, I suppose, one could argue that this is only one lecture and there is a limit to what one can say, however well one arranges one's thoughts. (And none better than an eminent legal expert.)

For instance, while there is a mention of SI2003/3334, in connection with the Extradition Act 2003 (recently in the news) and the problems likely to be caused by the fact that the Act leaves certain vital details to ministerial Orders in Council, there is no mention at all of the fact that a goodly proportion of our legislation is carried out in that way.

There is no mention of the ECJ in the lengthy discourse on the various courts, supreme and apellate.

There is, naturally enough, a reference to the European Union in the section on Parliament and it deserves to be quoted in full:

"Since 1972, parliamentary legislation has been subordinate to European law. Originally this suboridnation was limited to economic matters, but it is now much more extensive and threatens to become more so.

Whatever its countervailing benefits, this obviously represents an enormous surrender of autonomy, since the European Union does not have he kinds of checks and balances which took centuries to establish in England."

At which point one may point out that on Sir John's argument, those checks and balances have not saved our constitutional set-up. One might also add that the legislative process in the European Union is so different from the English or British one as to constitute a legally alien rule over our own parliament. We are not talking autonomy here but independence and sovereignty.

The paragraph [broken up for the purposes of the blog] then goes on:

"The Commission is said to have lost at least £600million through fraud alone, and for nine years the Court of Audit has refused to sign off the accounts. That alone must represent a kind of constitutional revolution, if only because we are being taxed to support that fraud, and are being taxed without representation in any parliament capable of controlling the power."

Again, unarguable. But one cannot help wondering whether it would have been acceptable to be taxed without any kind of representation if there had not been this massive fraud? I accept that the fraud and the Court of Auditors [as it is more properly known] not signing the budget off are excellent arguments with the populace at large but surely not with a leading constitutional lawyer.

"Sovereignty has not formally been surrendered as yet, but Parliament is unlikely ever to extricate itself from what it has done; and the coming referendum is unlikely to offer that option to the people. (Referendums, incidentally, are another significant constitutional innovation; until the 1970s they were themselves widely considered to be unconstitutional.)

I am not equipped to comment on the new proposed European constitution, which has not yet been published [he was saying this in April 2004]. It would be a good thing to see more constitutional restraints placed on the government of the EU, but a bad thing to erode our autonomy any further."

So there we have it. An eminent jurist, deeply disturbed by the constitutional vandalism he is witnessing, disturbed to the point of thinking, as he says towards the end of the lecture, that there is now a case for a written constitution, but unable to see or, at least, to articulate the true state of affairs.

There is no evidence in the lecture that Sir John Baker is in any way a supporter of the European Union, except in a very general way and he certainly not a supporter of its legal structure. And yet, he seems unable to explicate its true importance. This is what we are up against.