Is there a journalist in the house? 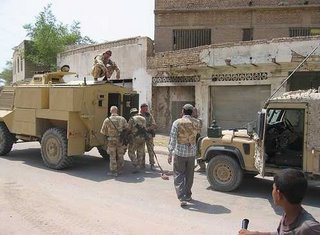 If there were any halfway decent journalists out there, with editors that would give them the space, they could have a field day with the lead story in DefenseNews this week.

Headed, "BAE Chief: UK Procurement in 'Semi-Paralysis'", it reports how Mike Turner, CEO of BAE Systems, is complaining that Britain’s procurement budget has fallen into a state of semi-paralysis, and only essential programmes are receiving money and approval.

Within the defence industry, adds DefenseNews, shortfalls in the Ministry of Defence (MoD) equipment budget have been an open secret. But now Turner has spilt the beans.

"I believe the MoD is trying to preserve the defence budget for certain priority programmes, and decisions are not being taken which the UK industry believes need to be taken for the benefit of the UK armed forces and the defence industrial base," Turner says. "We have a state of almost semi-paralysis for getting on with programmes unless they are absolutely essential."

As you would expect, Turner's main complaint is about the programmes his own company is running, such as the Astute nuclear submarine and Type 45 destroyer. The Nimrod MRA4 surveillance aircraft also is in limbo, although a contract for 12 aircraft could be announced at the Farnborough air show.

He adds that, "our armed forces cannot continue to be a force for good in the world, as the MoD says they are, without the right level of funding to go with it."

Turner is supported by "a leading industry figure" who says "the problem of underfunding is worse than ever" but, tantalisingly, neither of them say what the "priority programmes" are. However, in the absence of any MoD press release announcing the cancellation of the £14 billion Future Rapid Effects System, it is a pretty safe bet that this is one of them. That alone demonstrates that, above all else, the government is still committed to funding Britain’s contribution to the European Rapid Reaction Force.

This has been our continued complaint on this blog – that the government is pouring money into the European fantasy army and neglecting the here and now – the current needs of our armed forces. Turner's comments seem to confirm this.

Small wonder, therefore, that when BAE systems is finding money tight for projects which are already on the stocks, the Army is not getting any money to replace its dangerously vulnerable (and unreliable) "Snatch" Land Rovers, to say nothing of the rest of the kit it needs to fight an effective counter-insurgency campaign.

With troops actually engaged in combat and at risk, this is becoming a major scandal and one which surely cannot remain out the public view for much longer.

Now, what was that I was saying about journalists?