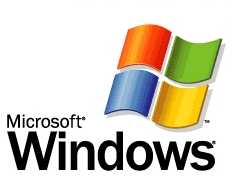 I suppose we should get all excited about the mega-zillions that the EU has just fined Microsoft for, as the Telegraph online report puts it, "failing to comply with an antitrust order, a first under new rules that allow the EU to penalise companies as much as five percent of sales."

Considering that even many sane Eurosceptics (if there are such things) regard Bill Gates as the devil incarnate and the EU in only the minor league, I suspect there might be some mixed feelings here.

However, I am sure that the EU will find plenty to do with the £195 million or so (depending on who you read) that it hopes to extract from the Microsoft wallet except that, since its software runs on about 95 percent of the world's personal computers, I suspect that it will be thee and me paying up in the long run.

Personally, I don't understand why Gates doesn't just buy the EU and be done with it. It would save (or create) a lot of problems all round.