Little Red Riding Hood would not be amused 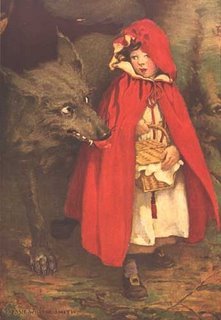 It is wrong to suggest that rich men are necessarily clever, in the same way as it is wrong to argue that the poor suffer from their affliction because of a lack of intellectual capacity.

Equally, it is entirely wrong to believe that rich men are necessarily endowed with any great intelligence, merely because they have acquired huge wealth. Indeed, it is quite possible to be extremely rich and very stupid.

If any proof of that assertion was needed, all one needs to do is read the article in The Business today, headed, "Soros attacks EU for failure to stand up to America".

This is the George Soros, the Hungarian-American financier, whom my colleague describes as one of a "very fine selection ... of dubious meddlers with overweening ambition". It appears that, having wasted billions – according to The Business "in encouraging democracy in eastern block countries", is now turning his attention to western Europe because he believes the European Union (EU) is failing.

He is now to "invest" hundreds of millions of dollars in foundations, the first of which will be in London or Paris, with the mission of "encouraging Europe to stand up to America and to promote a more focused democratic power."

In an interview with The Business he has said: "The attitude of the Bush administration has had disastrous consequences; the world needs an alternative and the European Union can provide it," going on to declare that, "In its unfinished state, the European Union suffers from several deficiencies. It is too unwieldy for the size of its membership, it is opaque and bureaucratic, and the democratic influence is too indirect, so that people feel alienated."

"For many years," he continues, "my foundation network has been active in the accession countries, and I believe that the time is right to extend our activities into the rest of the EU." He believes that, "The construction of the EU has now missed a step," and, "the political will moving the process forward has run out of steam."

According to Soros, this "dissatisfaction" found expression in the recent rejection of the European Constitution, but he nevertheless avers that, "The European Union has a mission: the spread of peace, freedom and democracy." His “practical message for Europeans”, therefore, is that the world really needs a strong European union with a mission which is different to America's priorities. "Are they doing as much as they could to change the world? They could do a lot more," he adds.

Perhaps one of the reasons why rich men like Soros are able to get away with such bilge is that they are surrounded by sycophants and gold-diggers, who either will not, or fear to, tell them that they are wrong. And, no doubt, there will be plenty of hopefuls lining up for cushy sinecures in one or other of the man's amply-funded foundations, so they are not going to rock the boat.

But the simple, and undeniable reality is that the European Union is based on a structure that is fundamentally anti-democratic, and intentionally so. Directly and indirectly, through its silken threads of regulation – in cohoots with member state governments – it conspires to restrict the freedoms of its peoples while, in pursuit of its own interests, it is happy to cosy up with any or every passing dictatorship – like the Chinese government – irrespective of their human rights records.

To suggest, therefore, that the European Union has as its mission, "the spread of peace, freedom and democracy," is rather like arguing that Mr Wolf is the premier advocate of vegetarianism.

Little Red Riding Hood would not be amused.