Realism from the Anglosphere 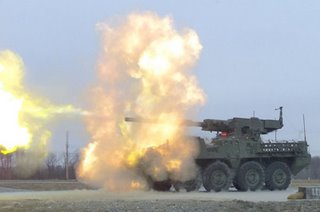 It is not often we can look to Canada for a lead in military affairs but, on the face of it, Army leaders are on the brink of making the stunning decision to cancel two high-tech equipment projects, the Mobile Gun System (MGS) (pictured) and the Multi-Mission Effects Vehicle (MMEV), together worth about 1.5 billion Canadian dollars.

These are respectively an anti-tank gun and missile systems, based on the US Stryker wheeled armoured vehicle chassis, and were being ordered as part of the Canadian equivalent to the British Future Rapid Effects System (FRES) and the American Future Combat System (FSC).

According to DefenseNews, the Army is being reticent at this stage about the precise reasons for what is at the moment a recommendation to cancel. There is, therefore, some speculation as to whether this is on the grounds of cost or because the ongoing conflict in Iraq and Afghanistan has shown the need for increased armour protection on vehicles.

However, defence analyst David Rudd, executive director of the Canadian Institute for Strategic Studies, is less reticent. He has seen the formal text of the recommendation and says the reasons outlined in that document indicated the need for better armour protection on vehicles as well as freeing up money for other, more urgently required equipment.

"If you go by the correspondence, the reason given is partially because of lessons learned by our allies, and that is when you are in a complex environment, you must lead with a vehicle that's survivable," says Rudd.

This seems to be following the line pursued by this blog, where we are arguing that the UK should abandon the grandiose £14 billion FRES project and concentrate on equipping our army for the tasks it is at present undertaking. 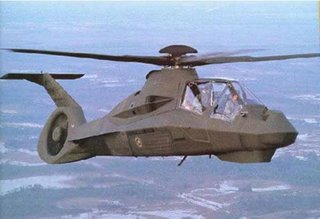 If this is an example of reality breaking out, it seems to be catching – at least on the North American sub-continent. With the strenuous demands placed on them in both Iraq and Afghanistan, the US Army's fleet of Kiowa light observation helicopters is wearing out rapidly.

According to Defense Industry Daily, the Army has been offered a new, all-singing, all-dancing replacement called the Comanche, at an eye-watering $36 million each. But, rather than spend this sort of money, the Army has decided on a cheaper option – an upgraded Kiowa, codenamed the Armed Reconnaissance Helicopter (ARH). 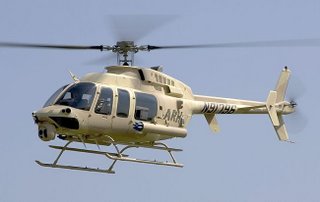 At an estimated $6 million each, this is approximately £2.28 million per helicopter, compared with the average cost of the Future Lynx, at £14.2 million each. And, in contrast to the MoD, which is delaying deliveries of the Lynx to 2014, the US Army is bringing its programme forward

As DID remarks, the deciding factor was that the new US helicopter was based on a certified civilian aircraft in order to lower maintenance and R&D expenses, and keep the aircraft within the required acquisition cost range. Again this is in marked contrast to the UK approach, which is developing specific military airframe, with very limited sales potential and with only 70 machines on order. 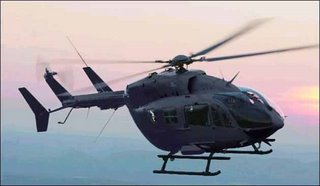 Of course, Kiowa replacement, which may be called the Arapaho, will not perform all the functions of the Lynx, but that is no bad thing. As it stands, the current aircraft have to perform a dizzying variety of functions, from resupply, to assault troop insertions and to "communications" (a VIP taxi), to say nothing of the attack helicopter role and casevac – plus reconnaissance and convoy escort.

A better option would be to operate two types, as indeed does the US Army, it having currently ordered at EADS Eurocopter UH-145 LUH for the separate light utility role. At just under £4.5 million each, the UK could buy three of these for every Lynx, and have change left over, or four of the new Arapaho, giving a much better fleet mix and more helicopters. 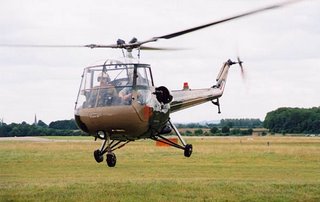 Purists might argue that the new Future-Lynx might have some additional capabilities, not provided by either machine, but one has to ask whether the pursuit of supposed perfection, the Services – or at least, the MoD specifiers, are not being altogether too precious. After all, we are not dealing with technologically sophisticated enemies and, not so very long ago, the MoD was content to allow the Army to operate Skeeter helicopters (example pictured) which were actually used in combat areas such as Aden.

Thus, just why the MoD is taking such a ludicrously expensive – and dangerous – route seems beyond the wit of any mere mortal to work out. But, as our troops are increasingly starved of vital resources, we could do no better than to look to the realism of the Anglosphere for our answers.