In the event that the Conservatives win the next election – the date of which could be anything from 2007 to 2010, depending on diverse factors – they could be in for a very nasty surprise.

According to the current edition of Aviation Week, the Ministry of Defence is looking down the nose of a huge shortfall in funding over the next procurement planning period – from 2011-21. This amounts to perhaps £11.6 billion, or even more, on top of the £6 billion or so spent each year on defence procurement.

The problem for the Conservatives is that purchasing decisions made during the Labour term of office – and even before – will come to fruition during this next planning period, when there is a possibility that there will be a new government. 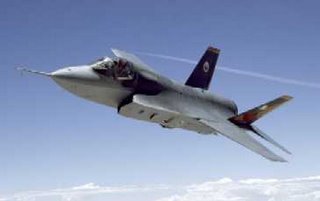 Pojects that will have to be paid for include the acquisition of the Lockheed Martin F-35 Joint Strike Fighter – at an estimated £10 billion - the two proposed aircraft carriers (£4 billion) and the remaining tranches on the Eurofighter, tranche 2 alone estimated at £4.3 billion.

On top of that, there is the £2.4 billion order for 24 Airbus A400M military airlifters, the remainder of the Type 45 air defence destroyer, programmed for £6 billion – and more if a new Conservative government decided to increase the numbers - as well as the £14 billion Future Rapid Effects System. There is also a marked increase in guided-weapons spending in the period, including the £1.2 billion Meteor air-to-air missile for the Eurofighter, and there is the MARS fleet replenishment programme, the Future-Lynx, and the £3bn contract for 12 Nimrod MRA4 aircraft which was announced this week.

All this is money already committed and does not take into account the need for any new equipment for the Army – such as additional armoured vehicles to deal with the threat from IEDs in Iraq and Afghanistan. Nor does it include any provision for increasing helicopter airlift capability, already depleted with the MoD facing the prospect of scrapping eight Chinooks which have never flown operationally, at a cost of £259 million.

Apart from anything else, this "funding gap" raises important questions about the very nature of our democracy, arising from the lengthening period between ordering military hardware and taking delivery. We are getting to the situation where typical procurement cycles are longer than the length of several parliaments, so that one government can make huge spending commitments which may have to be met by a completely different government. 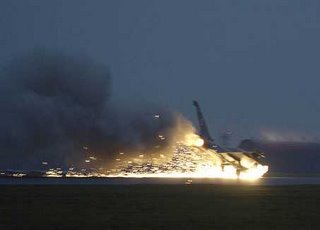 There is a certain irony here in that the Eurofighter project, which was approved by Heseltine in 1985, will revisit the Conservatives, who will have to find the money for tranche 2 and 3. The great Europhile casts a long shadow.

As importantly, whether intentional or not, the defence "funding gap" takes on the aspect of a "poison pill", potentially saddling the next government with huge commitments. This cannot but help but have an effect on other spending programmes and broader policies. A future Conservative chancellor may, for instance, find himself unable to implement manifesto commitments – if any are ever made – simply because he has to pay the debts incurred by the previous Labour government.

This possibility alone drags defence issues out of the specialist ghetto and into mainstream politics. It makes it all the more urgent that future defence policy is properly debated – not least in terms of the major spending programmes such as FRES, which will have an important effect on shaping our defence capabilities and options.

So far, Liam Fox has not risen to the challenge and David Cameron has yet to engage on the issue at all. But, unless this issue is confronted, a new Conservative government may find it has bitten off more than it can chew.