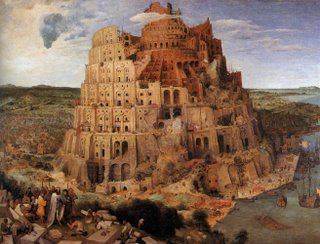 The annual interpreting and translation bill for the EU is set to reach the magic figure of €1bn a year. This comes with the addition of new translation and interpretation rights for the Irish language, costing the European Parliament alone more than €677,000 next year, creating an unprecedented "tower of babel".

From 2007, MEPs will be able to speak in the chamber of the European Parliament in the Irish language with interpretation, though no more than five Euro-MPs have the fluency to do so.

Meanwhile, Catalans and Basques who, so far, have been unable to get the same deal as the Irish because they qualify as official languages only in parts of Spain and not throughout the country, have won more limited language rights. Welsh speakers, however, are stepping up demands for recognition of their native tongue.

Irish Fianna Fail MEP, Sean O Neachtain - a native Irish speaker – is unapologetic about dumping more costs on the taxpayers of the contributing countries. He argues: "The Irish language is a declared national language. Nobody should begrudge us this opportunity because the Irish language is in the process of revival."

But then he isn't paying out of his own pocket for the extravaganza and, as long as his country is a net beneficiary, neither will his own taxpayers.

Perhaps though, if he is a good Catholic, O Neachtain might revisit Genesis 11:1-9. The last time the peoples of the earth tried to built an edifice that reached to the heavens, the Lord descended to see the city and the tower that the sons of man had built, and scattered them from there upon the face of the entire earth. Another descent is well overdue.