Give us your money 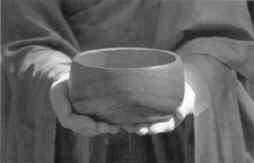 You really do wonder at the extraordinary mindset that inflicts the commission apparatchiks in Brussels, to the extent that it is no mere hyperbole to suggest that they must truly inhabit another planet.

Not least of this strange sect of aliens is "EU regional policy chief", Danuta Hübner. According to epolitix, she is wingeing about the "penny pinching" of member states in fixing the regional policy budget at €308bn for 2007-13 - far less than had been hoped for by the commission – while suggesting that private money must be used "if Europe's regions are to contribute to meeting ambitious EU targets for creating economic prosperity".

Why on earth she thinks that private entrepreneurs should rush to the aid of the EU, or believe that "ambitious EU targets" are any concern of theirs, is not explained. It is sufficient – or so it seems – that Hübner believes she hasn't been given enough money so private capital must fill the gap.

But, for an organisation that has spent most of its life pouring out a torrent of legislation that has suppressed private enterprise and turned running small businesses into a nightmare, it really does take the biscuit to find one of these ghastly apparatchiks declaring, "we also want more entrepreneurship, more innovation...", and then putting out the begging bowl for more cash.

Rather than borrow the begging bowl tradition from an ancient eastern culture, therefore, we would prefer Hübner to indulge in another, more useful (in her case) activity – ritual suicide, along with the rest of the "colleagues".