What turned the tide? 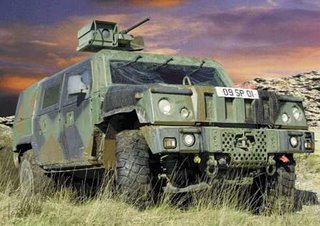 The funny thing is – in a definitely non-humorous sense – that the decision, yet to be officially announced, to buy RG-31s for the British Army in Iraq represents a another major U-turn by the government.*

Yet, because this is a cause not espoused by the "chattering classes", it will probably go unnoticed by the bulk of the media and certainly by the self-important political blogs.

In their eyes, this is much less important than the detail of how many lovers John Prescott bedded, or other political "gossip", that can be dredged up to entertain the political groupies. 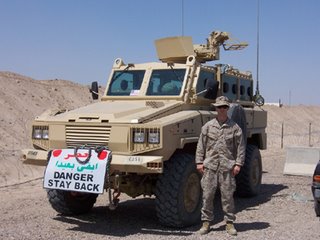 To an extent, however, the government's U-turn on RG-31s is a much more important event for bloggers (many of whom did join in the fray), but I am not going to be triumphant about. It also reflects the work done by Christopher Booker, who raised it several times in his column.

It also owes much to the political intervention of the Conservatives, especially Lord Astor and Gerald Howarth, and also to back-benchers like the steadfast Ann Winterton and shadow minister, Owen Paterson, who was representing a constituency interest. Even a Lib-Dem MP, Mike Hancock, played a role.

Undoubtedly, the publication of the story in The Sunday Times helped enormously, and the fact the issue was then picked up – albeit in a spasmodic way – by others in the media, elevated it into a political issue that demanded the attention of the secretary of state for defence.

All this notwithstanding, even judged by the recent performance of this government, this is a remarkably speedy U-turn, which has us wondering precisely what it is that made the difference. 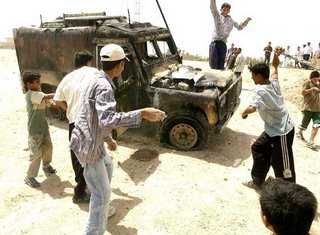 Readers will recall that, as recently as 12 June, the defence procurement minister, Lord Drayson, was adamant that the Snatch Land Rover was exactly what our forces in Iraq needed. "The Snatch Land Rover provides us with the mobility and level of protection that we need," he told the House of Lords.

Furthermore, he set his face against the RG-31, dismissing it as an option, declaring that its "size and profile did not meet our needs" and claiming that there were maintenance issues.

For sure, the day after the Sunday Times publication – on 26 June - we got a spirited attack by the Conservatives, forcing secretary of state for defence, Des Browne, to review of the situation. But we rather downplayed this, suspecting – as one does – that it was just another cynical attempt to kick a politically sensitive issue into the long grass.

That suspicion was reinforced on the 29 June, when Drayson maintained his stance, again telling the Lords that, "After giving careful consideration to the matter, we judged the size and mobility of the vehicle (the RG-31) not to be appropriate to the needs of our Armed Forces today." 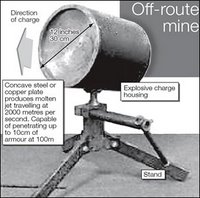 What is then especially interesting is that we also saw what appeared to be an MoD-inspired propaganda campaign suggesting that a new threat from off-route mines was so great that new equipment would not make any difference. Yet, it is this very threat which is now being used as the basis for justifying the purchase of the RG-31s.

Talking to those involved, however, what appears to have proved the turning point was Booker's piece last week plus my post, where we pointed out that, while the officers were to be equipped with their Panther "battlefield linousines", troops were to remain equipped with their lightly armoured Land Rovers.

In particular, it seems, my jibe about "Rupert wagons" struck home. The implications suddenly dawned that we would have a situation where, totally contrary to the fine traditions of the British Army where officers lead from the front, officers would now direct operations from the comfort of their better-protected vehicles, sending their troops out to die.

Already, we understand, there have been situations where senior NCOs have refused to lead patrols in Snatches, without specific written orders spelling out the implications and, as we know, some officers have been extremely reluctant to order their men to patrol in these vehicles. But, officers in their "Rupert wagons" creates the makings of a mutiny, while the likes of The Sun would have a field day if troops were then killed. Mind you, with the provision of RG-31s, the situation will be reversed – if Panthers are ever deployed in Iraq. The men will be much better protected than their officers.

Furthermore, I don't think the MoD has thought this through. Since WWII, the British Army has always gone for the "common platform" option, with multi-purpose light utility vehicles – currently the Land Rover – used for functions ranging from troop transport to command vehicle.

On an active patrol, the common platform lends anonymity to officers, who are known to be targets for insurgents. But, in a mixed convoy of, say, Land Rovers or RG-31s and a Panther, driving around in the Panther is like carrying a notice saying "I'm an officer – shoot me". And, protected though it is, the Panther is not proof against an RPG-7.

Anyhow, as one of our forum contributors has pointed out – and we ourselves have noted - RG-31s are not the whole answer. To defeat the insurgents requires a range of equipment and tactics, the former including light tactical helicopters and UAVs – of which there are critical shortages in both Iraq and Afghanistan. 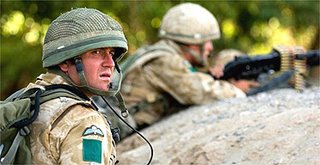 With news that British troops are set to be "tactically withdrawn" from isolated military outposts in Afghanistan following a series of sustained attacks from Taliban fighters, this is not only a question of force protection but whether the Army can effectively prosecute the war against the insurgents.

Without the right equipment and numbers, the only option is to withdraw them to the safety of their main bases, which rather defeats the object of deploying forces in these theatres. If we are going to do the job, then we need to do it properly, which means having the right kit – an issue to which we will continue to devote our energies.

* Once announced, the RG-31s turned out to be Cougars produced by Force Protection Inc.