Money down the drain 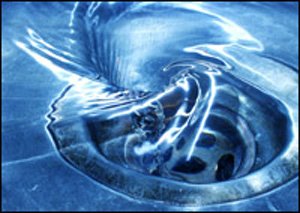 Incredibly, or so it seems, it was in May when we last wrote about VAT and the member states attempts to block the haemorrhage of money lost from a system that its inherently prone to fraud.

At that time, Germany – with annual losses in the order of €17bn-€18bn – and Austria were up front in suggesting a revised system in an attempt to cut the fraud. This was the so-called "reverse charge" system, where VAT was paid only at the point of final retail sale, with no payments made by intermediates, and therefore no refunds.

However, such simple logic is not for the EU commission. The idea was vetoed yesterday by Laszlo Kovacs, the EU tax commissioner who said that the proposal could not be allowed.

Said Kovacs, derogations from the normal VAT rules could only be allowed if they were "targeted, restricted and proportionate". He said the Austrian and German plan could only be approved if there was a change of EU VAT law.

Magnanimously, however, he is prepared to accept reverse charging in targeted cases, such as the British to apply it to mobile phones and computer chips. So-called "missing traders" have chosen these high-value, low-volume goods as their preferred target for fraud, which occurs when goods are imported VAT-free from another European country. This type of fraud is estimated to cost the UK Treasury up to €3bn a year.

Nevertheless, member states will be meeting in the autumn to consider whether to change the tax law, but even then the commission is likely to continue with its resistance to the German scheme. Kovacs wants a method where tax is paid only in the country of origin: that country then passes a share of the VAT receipts on to the country that receives the goods, rather than refunding it to the exporter, only for it to be reapplied in the country of sale.

Whatever is agreed, though, more than six months will have passed before ministers of the member states finally get down to talking seriously about reforms. In the meantime, money will have been pouring down the drain. And even then, without the commission's agreement, nothing can happen as it has the sole right to propose new or amend Community law.

What is wrong with us all that we should continue to tolerate such madness?