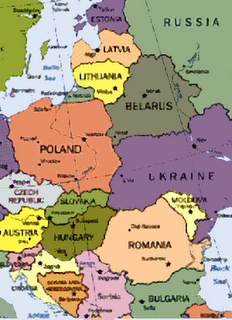 Somehow, one always gets a little worried when there is too much attention being paid to the intricacies of East European politics. With some exception, that bodes no good. Well, to be fair, it is not the British political class or media that are paying attention but one can pick up the odd worrying trend from American and Continental newspapers.

For some time before and after the East European countries joined the European Union there was a concerted effort by optimistic opponents of the EU’s path to assure us all that the new members, post-Communist, seriously capitalist, who appreciate freedom, will bring a breath of fresh air into the stagnant backrooms of Brussels. They will force the Union to reform, become more flexible, outward looking, free-market etc etc.

This never seemed very likely to me. For one thing, the countries in question are, one and all, client states. The main reason they joined was to receive what they thought would be European largesse. In its pursuit the various negotiators preferred to ignore the many warnings of the problems they might encounter. (I know, I was one of the people trying to warn them.)

Then again, their own economy was and is a little shaky. Yes, the growth has been impressive but it came from a very low base. The various reforms, including the famed flat tax, introduced in Slovakia, have been very helpful but not to all. The countries are best described as being in flux.

We have followed the bizarre developments in Poland, where, according to today’s International Herald Tribune

“Prime Minister Jaroslaw Kaczynski, in his inaugural address, set Poland on a collision course with the European Union on Wednesday by declaring that he would do everything to protect the country's "culture and morals" from Brussels.”

Well, this is not precisely a collision course, since the new Prime Minister, twin brother of the President, explained that Poland would not want to leave the EU. I bet it won’t. Who will pay for the new underground system?

On the other hand, the Kaczynskis and their various allies do not like the moral underpinning (if one can call it that) of the European Union and of Western Europe in general. They do not like the idea of gay marriages, for instance, or of freely available abortion. Nothing wrong with that, one might argue, or there may be to some people but this is something that the Poles ought to be allowed to decide for themselves.

As it happens, they did not vote for the coalition of the Law and Justice Party, the League of Polish Families and the Polish Self-Defence Party in large enough numbers for anyone to say with any certainty that this is what they want.

There is also a fear that other cultural and moral norms will also be abandoned. For example, the League of Polish Families is openly anti-semitic and leading politicians from the coalition have appeared on Radio Mariya, which tends to blame the Jews for everything. (Come to think of it, they might link up with the Guardian and the Independent.)

The trouble is that Poland is facing many other problems that are of greater significance to the people there than moral and cultural propaganda, something that those who remember Communism, find somewhat disturbing in principle.

Unemployment rate in the country is over 16 per cent and there is a general assumption among young and not so young people that jobs are to be had abroad. The promised building of houses has not been happening and many parts of Poland are in a seriously derelict state.

Several of the more free-market reformers have been eased out of the new administration as have ministers and officials who have had experience in foreign affairs. Now, one might argue that much of that experience would have been in those stuffy Brussels back rooms but, unfortunately, no reasonable replacements have been suggested.

The Kaczinskys’ continuing struggle within their own party and severe over-reaction to a rather silly column in a German newspaper, have raised fears that they are going to lead Poland away from all western ideas, towards a backward looking, obscurantist set-up, though they might find it difficult to undermine the democratic political system.

Meanwhile, as the Wall Street Journal Europe points out in its editorial [subscription only], things have not been going all that well in several other post-communist countries. Setting aside Ukraine, which may or may not acquire a government in the near future, there are problems in Slovakia, Slovenia and Hungary.

Slovakia under Mikulas Dzurinda seemed to be the most advanced of the East European countries economically speaking. The new Prime Minster, Robert Fico, seems to combine old-fashioned Socialist and near-Communist ideas with a political reliance on the most extreme groupings in the parliament.

Unemployment is high at 15.5 per cent and Mr Fico wants to raise taxes.

“[He] says that he wants “Slovakia to become a modern social state.” His government has mooted a special tax for banks and utilities and favorus reversing the privatization of Bratislava airport. Investors’ worries that the new regime will raise spending, scare away foreign companies and delay the adoption of the euro, put pressure on the currency. The central bank has already intervened three times since the election to halt the koruna’s decline.”

Slovenia, in the meantime, seems to fantasise about introducing the German social model, apparently unaware of its somewhat tarnished reputation.

Hungary, where the socialist government was re-elected, has soaring deficits, partly because of a failure to cut pensions and health-care costs. Its debt rating has been downgraded upon which the forint dived. There are further tax hikes and spending cuts promised and the markets are not happy.

As the article finishes:

“The only German model relevant for New Europe today is the 1950s free-market reforms of Ludwig Erhard that brought the country back to life after World War II. Come to think of it, that’s a good model for Old Europe, too.”

Indeed. But it is not going to come about because of East European influence.