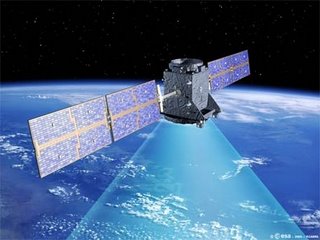 It is a while since we heard anything interesting about the EU's Galileo satellite navigation system but, in the wake of the Airbus debacle, this story will warm the cockles of every Eurosceptics' heart.

At the centre of the story is the very nature of the Galileo system which, unlike the US GPS constellation – is not free to all end users. The EU intended to make only a very limited signal available free of charge, aiming to charge users for more accurate signals. This is had planned to do by encrypting the signals and then charging users for the key to the codes, so-called Pseudo Random Numbers (PRN) is tecchie-speak.

Now enter the members of Cornell's Global Positioning System (GPS) Laboratory, some very serious tecchies indeed. Irritated by the failure of the EU to provide, free of charge, some of the codes for the signal generated by Galileo's validation satellite, Giove-A, they set up a programme to crack the codes themselves.

From mid-January, it took them two months and, on 1 April published the codes in a GPS magazine. Two days later, NovAtel Inc., a Canadian-based major manufacturer of GPS receivers, downloaded the codes from the Web site in a few minutes and soon afterward began tracking Giove-A for the first time.

Galileo eventually published PRN codes in mid-April, but they weren't the codes currently used by the Giove-A satellite. Furthermore, the same publication labelled the open source codes as intellectual property, claiming a license was required for any commercial receiver.

Professor Mark Psiaki, a member of the Cornell team, was disturbed, fearing that cracking the code might have been copyright infringement. However, the university counsel decided that, while cracking the encryption of creative content, like music or a movie, was illegal, the encryption used by a navigation signal is fair game.

The upshot says Psiaki is that the Europeans cannot copyright basic data about the physical world, even if the data are coming from a satellite that they built. "Imagine someone builds a lighthouse," argued Psiaki. "And I've gone by and see how often the light flashes and measured where the coordinates are. Can the owner charge me a licensing fee for looking at the light? … No. How is looking at the Galileo satellite any different?"

What that means is free access for consumers who use Galileo navigation devices - including handheld receivers and systems installed in vehicles. What it also means is that The EU, in its plans to reap a financial bonanza from licensing its signals, is well and truly stuffed.

But there is a darker side. At the top end of the accuracy spectrum is the Public Regulated Signal (PRS). This is accurate enough to be used for targeting information by cruise missiles and smart bombs. But it was always the plan - or so it was claimed – that the codes for this signal would be restricted, preventing the likes of China using them for warlike purposes.

But, if the Cornell university team can crack the current code, China – as a paid-up member of the Galileo development team, with full knowledge of the systems architecture – should have no problem cracking PRS. If the EU thinks that Galileo is not going to be used by potentially hostile powers for its weapons and command and control systems, it is dreaming.

The question therefore remains as to whether the EU will agree to close down the system if any hostile power looks like using the signal in hostilities against America, or whether the US Air Force will have to shoot down the satellites.