The advancing tide of disillusionment 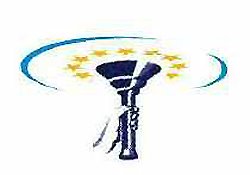 There is plenty of coverage of the Boy King's EPP debacle in the press this morning, not least in The Telegraph which suggests, half-heartedly, that the Boy is facing a "fierce Eurosceptic backlash".

That "backlash" is unlikely to materialise, mainly because the core Eurosceptics in the parliamentary party are well aware that the Cameroonies – and Francis Maude in particular - would welcome a showdown, with hard-liners storming out of the party. That would indeed be the "Clause 4" moment they have been looking for, which the "roonies" would parade with glee as evidence that the party had really changed.

For the moment, therefore, the Eurosceptic wing of the Party must bite its tongue, yet again, although some are privately wondering how much more of this provocation they can tolerate before they finally rebel.

All of this might explain the remarkable down-beat leader in the Telegraph which states, probably correctly, that the “uncomfortable compromise” is unlikely to trigger a major eruption from any but the most partisan.

Mr Cameron, it says, doubtless calculates that out there in the real world, where elections are won and lost, the minutiae of party groupings in the European Parliament do not generate much interest.

That is undoubtedly correct but one should not just think domestically here. Media coverage in Poland, I am reliably informed, is very hostile to the Tories over this issue, the ruling (for the time being) Justice and Law Party treating Cameron's announcement as a personal rejection. The Poles have long memories and it is unlikely that they will be disposed to join any Tory-led grouping in 2009. 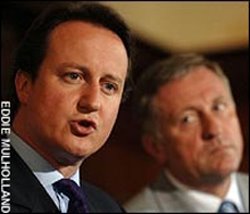 Further, this is the second time that the Tories have pulled this stunt – the last time being before the 2004 Euro-elections. They have this acquired a reputation for inconstancy, which means that many of the right-wing parties from the smaller states will be reluctant to cast their lot with the Tories, come the new elections.

Caroline Jackson may well be right, therefore, in saying that the Tories will find it hard to form a new group in 2009.

Given that Cameron has reneged on his "weeks not months" pledge, and the Europe-wide lack of trust, there is no reason for believing that the current Tory pledge to form a new group is any more firm than the last one.

It is quite possible to foresee that, in the post-election process, when the parties are negotiating to form groups, the Tories will finds themselves in a similar position - without a sufficient number of partners - and thus be forced to go crawling back to the EPP. What Cameron has done, therefore, is make a "guarantee", which - like his leadership pledge - he cannot necessarily deliver.

However, in political terms, where the truism that a week is a long time loses none of its force by dint of constant repetition, Cameron has – in the short-term at least – succeeded in kicking the EPP issue into the long grass. The "Movement for European Reform" which he has set up will, of course, go nowhere, but it provides a happy figleaf which will allow the Boy to claim he is doing something while, in fact, doing nothing at all.

That, all along, has been the "grand plan" – to close down the European debate and concentrate on domestic issues. As long as the EPP issue was unresolved, that was not going to happen. The announcement yesterday by the Boy will be treated as "closure" and EU issues will now be even more firmly off-limits.

While this may work in the shorter-term, it is a dangerous tactic. All that will happen is that the debate will be driven underground and out of the Party, where there are plenty of others who are only too willing to pick up disgruntled voters and disillusioned activists.

As well as UKIP, there is also the BNP, which will be making a big push for seats in the next Euro-elections and, after their performance at the local elections, stand some chance of winning their first seat. Their first victory could well be in Yorkshire, where that idle fool, UKIP MEP Godfrey Bloom, has virtually single-handedly destroyed the party infrastructure.

Thus, while we are told that the "roonies" are feeling quietly confident after the relatively low-key response to the EPP announcement, the Boy himself has added to the growing fund of sullen, disgruntled, disillusioned – and increasingly former - Conservative supporters, who will now be looking elsewhere.

The great mistake Cameron is making is in believing that his core supporters have nowhere else to go. As we saw in the Bromley by-election, their response may be either to stay at home or to back one of the minnows.

It is my firm view that Tory "strategists" have failed to take account of these electoral phenomena, in which case the Boy King may well go down in history as the first Conservative leader to lose a winnable general election. His EPP decision may not bring this about, but it has done nothing to stem the advancing tide of disillusionment.