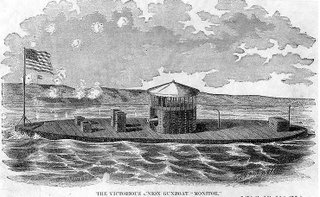 Until now we have avoided discussing the flap caused by the extradition of the merchant bankers from NatWest (well, they sure ain’t the people who manage not to help customers as these go into a bank) and, of course, a couple of suspected terrorists, though, to be fair, the latter has exercised only the usual suspects.

It is reasonable to argue that when the entire political class and most of the media (with the honourable exception of Stephen Pollard) agree, there must be something wrong with the matter in hand. When Hizonner, the Mayor of LondON, suddenly speaks up for bankers and sheds crocodile tears for the way the City of London might suffer (not half as much as it will suffer if his favourite plan of merging the highly efficient City of London police with the already too large and extremely inefficient Metropolitan Police) it is time to take to the hills.

Several developments today have prompted me to tackle the issue after all. Firstly, there was Nick Clegg’s debate in Parliament and the call from the House of Lords to suspend the deportation of the bankers.

Secondly, an important potential witness, questioned a few days ago by the FBI, disappeared soon afterwards from his home in East London and a body found in Waltham Forest has been named as that man. (I have maintained from the very beginning that the Enron saga reminded me of Emma Lathen’s novels. This is becoming more true by the hour.)

Thirdly, among the indignant letters in today’s Daily Telegraph there was one that really made me chuckle.

I think it ought to be pointed out that this treaty is not like the European Arrest Warrant that creates crimes where none existed in this country. Xenophobia springs to mind. The people facing the terrible ordeal of a journey to Texas and an open trial there as well as the other two, the men accused of terrorist activity, would have been extradited before the treaty only it would have taken considerably longer. I suspect there would have been a huge outcry at the amount of public money wasted on the endless appeals if the case had gone through the non-expedited route.

The problem in this case is not that the treaty is one-sided but that it has not been ratified by the US Senate, that being the American, though not the British system. The ratification has been held up by the likes of Senator Kennedy who is a tad worried that it might result in the extradition to Britain of suspected IRA members. (Not that they would spend all that much time in prison here, so why he should be worried is incomprehensible.)

As for the Extradition Act 2003, it was passed not by the Labour Government, as another letter in the Daily Telegraph affirms but by Parliament. It may well have been speeded up by the government but it is up to MPs and peers to prevent hasty legislation. (Peers sometimes manage it.)

As I write, the man, whose body was found in Waltham Forest has been named though not formally identified as Neil Coulbeck, a colleague of the three bankers, described as a key witness by the FBI. I trust all those who argue that ID cards are not a problem if you have nothing to hide, will now explain at great length that he ought not to have been so upset by his ordeal if he had nothing to tell.

That brings me to the more entertaining part of the story: Mr Michael Cottell’s letter in the Daily Telegraph:

“Sir - I am reminded of how different things were when Lord Palmerston was foreign secretary.In defence of the rights of Don Pacifico, a man of Portuguese origin, but born in Gibraltar (and therefore to be regarded as a British subject), naval action was successfully mounted against an obdurate government in Greece, where Pacifico had been living and had suffered a serious injustice, but been denied any compensation.

In a celebrated speech to Parliament in 1850, Palmerston said: "As a Roman, in days of old, held himself free of indignity when he could say Civis Romanus sum, 'I am a Roman citizen', so also a British subject, in whatever land he may be, shall feel confident that the watchful eye and the strong arm of England will protect him from injustice and wrong."”

Mr Cottell was writing from Bournemouth, which may or may not be significant and he seems to ignore the fact that Don Pacifico was an extremely shady character. But what a brilliant idea! Let us send a gunboat to Texas.

My colleague, who has forgotten more about gunboats than I ever knew, tells me that we do still have a few but that, according to DefenseNews, we shall have between 19 and 21 (or perhaps fewer) escorts by 2013.

So what I say is, let us send those gun boats now, before it is too late. In fact, let us send two and when the Americans sink those, let us send two more and so on, until we are down to the last couple. At that point the United States will do what it always does at times like that (and as the brilliant Peter Sellers film “The Mouse that Roared” realized long ago) and pour vast amounts of money into creating a completely new and much better equipped Royal Navy. Let’s go for it.