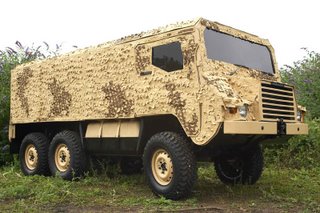 The secretary of state for defence today confirmed the MoD's intention to supply troops in Afghanistan with Pizgauer Vector armoured vehicles, which we have already dubbed "coffins on wheels".

It says something for this issue that the only previous media coverage was an uncritical piece in the Sunday Telegraph which neglected to point out that this vehicle offers virtually no protection to mines – in what is one of the most heavily mined countries in the world. 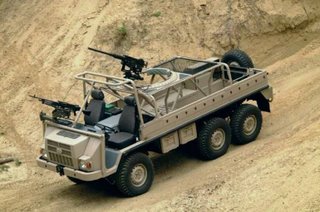 In our view, it is criminal negligence to purchase a vehicle, the design of which puts the driver over the front wheel. And, while the danger is not immediately obvious from the pictures of the armoured vehicle, a view of the unarmoured vehicle, kitted out as a gun truck, demonstrates the point with clarity.

Should the vehicle run over a mine, the driver is positioned right in the centre of what is called the "cone of destruction", an illustration of which we have taken from a technical manual on mine protection. A photograph of the type of damage caused shows quite how vulnerable drivers are. Furthermore, what applies to mines also applies to a greater or lesser extent to IEDs. 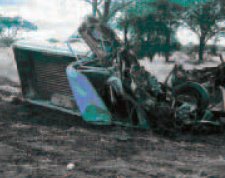 What is utterly amazing is that, while the MoD have conceded the point in Iraq, with its decision to buy Cougars, it is still pursuing the Pinzgauer option for Afghanistan. Yet, while the Cougars cost £258,000 each, the Pinzgauers cost £437,000. They are not only coffins, but very expensive coffins.

Interestingly, last Friday, the Telegraph ran a piece on the government's intention to enable the prosecution of companies for manslaughter if they are suspected of causing a death through management failings. A new offence would apply to corporations, including public bodies, and introduce unlimited fines.

In our view, if or, as is more likely, when troops die in a Pinzgauer as a result of a mine explosion, "corporate manslaughter" provisions should be applied to MoD for procuring such a dangerous vehicle. But second in line should be the media who have the power to raise such issues but who seem to prefer expending their energies prattling about bagpipes.