A nation without trust 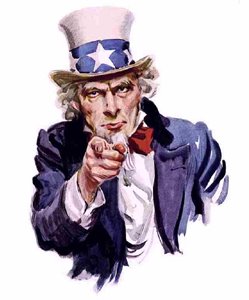 Bearing in mind that you can demonstrate virtually anything you like with a well-crafted opinion poll, what does one make of the Telegraph's YouGov poll which shows that "Britons have never had such a low opinion of the leadership of the United States".

We are told that, as Americans prepare to celebrate the 230th anniversary of their independence tomorrow, the poll found that only 12 percent of Britons trust them to act wisely on the global stage. This is half the number who had faith in the Vietnam-scarred White House of 1975.

Most Britons, we are also told, see America as a cruel, vulgar, arrogant society, riven by class and racism, crime-ridden, obsessed with money and led by an incompetent hypocrite.

The main news story is backed by an editorial which, to be fair, takes a dim view of this "Yank bashing", declaring that, "To hate America is to hate mankind".

"Of course America occasionally deserves criticism," it intones, concluding that (even) to this day, it is guided by the Jeffersonian ideal that decisions should be taken as closely as possible to the people they affect. It then notes that the EU "of course" is founded on the opposite principle, that of "ever-closer union". No wonder, says the paper, “its peoples sometimes resent their more successful cousins.” 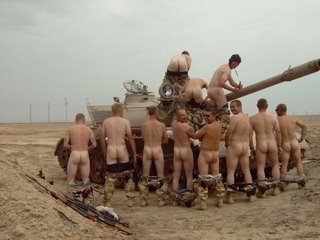 There is, sadly, more than an element of truth in this – that the supposed lack of "trust" is in fact a thinly disguised jealousy. We see this with our military men who, looking at the wealth and scale of US war materiel, compared with their own poverty, seek to make a virtue out of necessity. Unfortunately, in order to maintain their own self-esteem, they seem to end up convincing themselves that their enforced "make do and mend" strategy is somehow superior to the American way. It is then but a small step, openly to despise the American wealth. Clearly, that moral "superiority" is most evident when the fabled British Army is indulging in a "little light entertainment" (above right).

To put the YouGov findings into perspective though, it is instructive to turn to the latest Eurobarometer poll - which, taken last autumn, is not very recent and therefore must be taken with a pinch of salt.

Nevertheless, while only 12 percent trust the US, the Eurobarometer figure for the EU is even smaller, standing at eight percent. Our own political parties fare only slightly better than the Americans, at 14 percent, although – amazingly - 33 percent trust the government and 37 percent the parliament. I doubt, however, whether that figure would stand today.

On the other hand, there is one figure which stands out, which makes a mockery of the whole survey game. As many as 53 percent of respondents "tend to trust the television". Given that this medium – still dominated by the BBC – churns out a relentless diet of anti-American propaganda, revelling in the Guantanamo issue, and lovingly following every twist and turn of the "Rendition affair", to say nothing of the torrent of coverage on Abu Ghraib, it is surprising that the trust factor is still so high.

But what this also says is that a nation which counts amongst its number 53 percent who still trust what they see on television is not a nation whose judgement itself can be trusted.

And, as for the "vulgarity" with which a nation so large and diverse as America is tarred, have any of those people who so willingly use this epithet watched the coverage of the world cup, or even stepped outside their own front doors and looked at the mess in our high streets on a Friday and Saturday night, as our gilded "yoof" indulge in their drunken celebrations?

What might be interesting, therefore, is an opinion poll on the "trust" people have on opinion polls. One might find that we are a nation fundamentally without trust, in which case, the Americans – on balance – are doing rather well.