The power of the Union 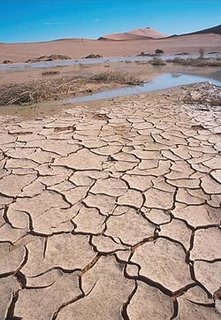 You must stop fighting immediately, squawks Finnish Foreign Minister Erkki Tuomioja, speaking on behalf of the European Union, his country holding what is quaintly termed the "rotating presidency".

We learn of this from AP via Ynetnews, the Union disconcerted by Israel's view of the Rome declaration yesterday, that it indicated it should continue its offensive.

This view was "totally wrong," puffed Tuomioja and such is the huge influence of the Union on the world stage that, as you may have observed, the guns have fallen silent throughout the Middle East (not).

But that is not to say that the European Union is entirely powerless – bless me no! Summing up all its mighty authority and majesty, the EU's commission yesterday graciously indicated it would make a special concession to "Europe's farmers", allowing them graze animals on the ten percent of "set-aside" land which is normally excluded from agricultural use.

This is because the heat wave has parched the land, reducing available grazing and forcing livestock farmers to rely on silage and hay stored for winter feed.

Not only has the commission thus acted – although its concession must be approved by the governments of the 25 member states – this titan has also intervened on the administration of farm subsidy payments, demanding the return of no less than €162 million, which it claims has been misspent.

Seven member states are involved with, typically, France slated as the biggest offender, which has been told to repay about €86 million. It won't of course, but asking at least makes the commission sound tough and very fierce.

No doubt, when the word gets through to Hizbollah that the commission is really laying down the law on farm subsidies, the gallant fighters will be quaking in their boots. Whatever else you do, they will be saying, don't mess with the European Union.