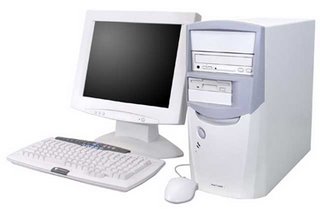 In another life, I suppose I would have found it quite remarkable how little media coverage there has been on the Restriction of Hazardous Substances (RoHS) directive, which came into force on 1 July, one which we described as the ultimate in fatuity.

This is the directive which bans lead and certain other substances in electronic appliances, estimated to cost British industry alone some £1.7 billion and adding ten percent or more to the price of appliances such as personal computers – all to achieve a greater adverse impact on the environment.

Given the sloth and inertia of the MSM, however, one is not in the least surprised – nor even is one surprised at the lack of any serious response form Eurosceptic parties like UKIP, the latter being so engrossed in a protracted and increasingly bitter leadership campaign that it has no energy left to look at the outside world.

But not in China where, according to the Peoples' Daily, the directive poses a substantial threat to $56 billion worth of annual exports from more than 5,000 Chinese home appliance companies.

On manufacturer alone, Guangzhou AC Panasonic, recently announced that a quarter of its 208 suppliers, which provide a total of 7,268 different assembly parts, would be unable to meet the standards imposed by the EU directives. Unless they can upgrade their technologies in time, these suppliers stand to lose their market share.

Those with a suspicious mind might think that this directive has been promulgated with precisely that intention in mind, yet another fiendish non-tariff barrier devised by the "colleagues" to hamper the onwards march of Chinese consumer goods.

But what is remarkable is the apparently laid-back attitude of Chinese official spokesmen. One such, Huang Jianzhong, a senior official from the Ministry of Information Industry, is pushing manufacturers to up their standards, declaring that, "Safe, healthy and environmentally-friendly have become key qualities in the home appliance market."

Liu Wanshan, an official with the State Administration of Quality Supervision, Inspection and Quarantine, then adds that, "Chinese enterprises must substitute these substances with environmentally friendly materials in their exports to the EU."

Not only that, the Chinese government has produced its own version of RoHS, due to take effect on 1 March next year, a regulation is likely to be broader in scope and even more comprehensive than the EU directive. But, far from being a "green" measure, it is intended to work as a barrier to foreign products that have been turned down by the EU market which manufacturers hope to dump on the Chinese market.

Thus it is that the "green" ethos has been corrupted. Given how uncritically supposed environmental "improvements" are accepted by the media and the public, without question, it seems manufacturers are happy to exploit the situation for their own benefit.

And, of course, since profits overall are usually based on a percentage production costs, increased costs are not necessarily a bad thing and long as everyone is forced to play the same game. The fact that RoHS is a major scam, however – ripping off the consumer – might be something the media could follow up. But, as always, silence prevails.