A shed load of money 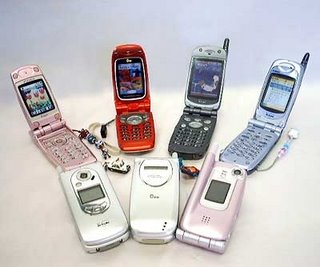 A few days ago, we picked up a story about VAT fraud, in which we reported that it was costing the British taxpayer some €3 billion a year (just over £2 billion).

That is not just a figure, but real money taken out of the system which then has to be made up from other taxes – or borrowing – so we are talking about a serious problem.

However, an article in The Independent on Sunday this weekend suggests that the problem is much, much more serious than that, citing figures from the Office for National Statistics and Customs. This organisation says that fraud-related trade grew from £1bn in the first quarter of 2005 to £7.4bn between January and March this year. Such is the epidemic of fraud that revenue losses for 2006 could be as high as £10bn.

Now, given that scale of fraud, you would think that the government would be moving heaven and earth to reform the system which allowed it to happen – but not a bit of it. VAT is an EU tax and any changes to the system require the approval of the commission, which – as we reported in our previous piece (link above) is mulling over changes.

Thus, for want of being able to take direct action to stem the fraud, the British government is left trimming at the edges, in the hope it will have some impact. But its latest stratagem, it appears, is causing serious grief to bona fide traders who deal in mobile phones – the commodity at the centre of many scams.

The problem is that up to 1,000 traders in the mobile phone and computer-chip industries have been told individually that their VAT repayments are under "extended review". Normally, repayments are made within 30 days of a claim, but Customs is currently withholding refunds for three months or more and such is the burden on cash flow that traders are warning Revenue & Customs that they risk driving firms out of business.

Earlier this month the Federation of Technological Industries held an emergency meeting attended by around 400 members, where it was revealed that traders were now owed millions of pounds in VAT repayments.

It is not until October that the new, so-called “reverse-charge” system for VAT in the computer-chip and mobile phone markets comes into force, where VAT will be chargeable only at the point of final sale, removing VAT cash as a factor in transactions, and thus wiping out the fraud potential.

By then, of course, rogue traders will be moving on to other commodities and the whole cycle will start over, bleeding money from the legitimate economy, some of it into organised crime and some – or so we are told – to funding terrorism.

It seems absolutely inconceivable that any government would tolerate this state of affairs, but such is the grip that the EU has on the affairs of our nation, that the issue gets down-page coverage in the business section of the Independent. Thus do we lose shed loads of money and it isn’t even treated seriously by the media.

And where, might one ask, are the Boy King's not-the-Conservative Party and all those serious political bloggers ?