An important point of principle 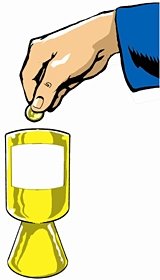 Reuters informs us today that Britain is being threatened with yet another visit to the European Union Court of Justice.

This time it is over the issue of tax relief on donations to charities based elsewhere in the European Union, with the EU commission having given Britain a final warning over rules that allow tax relief only on gifts to domestic charities. This, says the commission, discriminates against charities located in other member states.

EU Tax Commissioner Laszlo Kovacs has pronounced that, "Gifts to bona fide charities in other member states should get the same tax treatment as gifts made to domestic charities." The commission argues that the discrimination breaks EU rules on the free movement of capital, persons and establishment, forcing foreign charities to set up branches in Britain to benefit from the tax relief on donations.

Small point though this might seem, it is in fact a direct attack on national sovereignty. As the system stands at the moment, a charity is only recognised for tax purposes if it is approved by the Charity Commissioners under rules laid down by the British Parliament. Different countries in the EU have their own specific rules and what may be approved in other countries may not be approved here – and vice versa.

In effect, therefore, what the EU commission is saying is that the British government no longer has a sovereign right to specify which organisations should or should not qualify as charities and must accept other countries' definitions.

Furthermore, while charities in this country are subject to some oversight by the Charity Commission – albeit nominal in most cases – we are thus obliged to rebate taxpayers’ money to organisations which do not come under British jurisdiction and thus over which the government can exert no control. In theory, if not in practice, our government could end up subsidising an organisation which would not qualify for charitable status here, and which is acting against our own national interest.

This is, therefore, not a minor matter. Rather it is an important issue of principle. Did we really think this is what we were letting ourselves in for back in 1972 when we signed up to the EEC? And is this sort of thing really necessary to prevent Germany invading France?