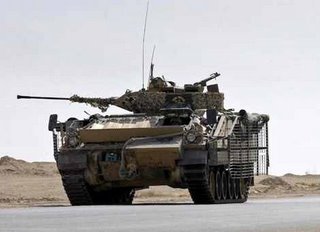 The defence questions we have been putting into the system are beginning to trickle through, dreadfully slowly, the answers, as we pointed out yesterday, largely incomplete.

One more which has come through is another question by Owen Paterson asking for the cost per track mile excluding crew costs of operating the Warrior MICV (often dubbed a "battlefield taxi") and an RG-31M in Iraqi conditions.

Adam Ingram again was the nominal respondee and again the answer is incomplete. The full capitation cost for the Warrior, he writes, is calculated for financial year 2006-07 as £154.04 per kilometre. That is equivalent to £250 a mile – no wonder the MoD prefers to quote in kilometers.

However, the figure quoted is "based on peacetime usage" and Ingram tells us that "specific operational track mile data is not held centrally" and could be provided "only at disproportionate cost". This does the MoD evade telling us what the Iraqi figures actually are. One has to be a little alarmed if the MoD does not have these figures to hand, as any efficient fleet manager will always be fully aware of his operating costs.

But that is not the name of the game. The MoD is seeking to conceal information and this is the classic get-out. And it is not surprising that it is trying to conceal the figures, as we are privately informed that the Warriors in Iraq are taking a serious hammering. Their operating costs could easily be double or more the "peacetime usage" figure – which is high enough as it stands. 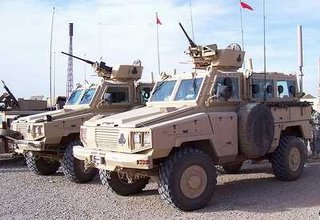 As to the RG-31 figures, Ingram gets away from answering the question by declaring that the Ministry of Defence "does not own any RG-31M vehicles". However, that is an irrelevance. In 2001, the MoD ran a competition for the Future Command and Liaison Vehicle.

Three companies were shortlisted, including (then) Vickers Defence Systems which fielded the RG-31M and RG-32M. Then, in June 2001, the company was awarded a fixed-price contract for "the risk reduction studies and trials phase" allowing the army to carry out extensive tests of the competing vehicles, including the RG-31, at the Armoured Trials and Development Unit. 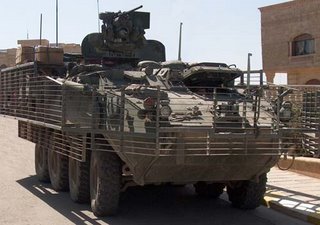 Given that the current vogue in defence procurement is the assessment of "whole-life costs", it is inconceivable that the MoD did not acquire considerable data on the operating costs of the RG-31. This would include a fairly accurate figure for costs per mile. Yet, as we see, the MoD is not in the business of giving MPs information – who do they think they are?

Nevertheless, in view of the huge operating costs of Warriors, I am warming to the thesis that there may be an economic case for running RG-31s. This was certainly a factor in the US choice of the Stryker wheeled APCs, which proved considerably cheaper to run than the Bradley MICV, the American equivalent of the Warrior.

Nor, of course, it this an academic issue. When defence must compete with all other areas of public expenditure – from schools to hospitals and more police on the beat – our ability to project force largely boils down to pounds and pence. To be effective, therefore, we must also be cost-effective. And in this case, it looks like better could be cheaper.